Modi promises Assembly polls in J-K; no word on statehood 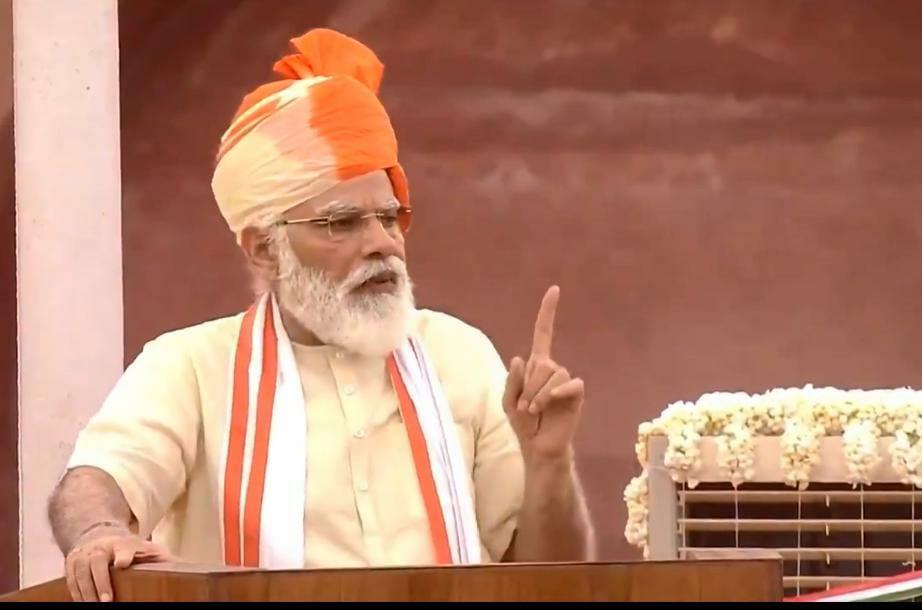 Prime Minister Narendra Modi’s declaration on Saturday that the elections to Jammu and Kashmir Assembly soon after the delimitation was complete has put an end to the scepticism surrounding this subject but there was no promise of the statehood status to be restored simultaneously.

Jammu and Kashmir residents, who were waiting for an authentic word on the Assembly elections, were relieved to some extent when they heard the Prime Minister saying that the elections to the Jammu and Kashmir Assembly would be held once the delimitation was complete.

Prime Minister Narendra Modi disclosed that the “delimitation work is on and once it is completed, the elections to the Assembly will be held and then the Union territory will have its own MLAs and ministers.”

Also read: J&K on a new journey of normalcy and development, says LG in his Independence Day speech

The announcement cleared the air about Delimitation Commission’s work because it was understood that its work had not taken off in the Union Territory because of coronavirus.

Former Lt Governor of Jammu and Kashmir GC Murmu, in an interview with The Tribune on July 27, a week before he resigned and joined as Comptroller and Auditor-General of India, had said that once the effect of the pandemic eased, the delimitation would start its work.

The J-K’s Assembly that was kept under suspended animation after the Mehbooba Mufti government resigned in June 2018, following the withdrawal of the support by her ally BJP, was dissolved by the then governor, Satya Pal Malik, in November that year without requesting the Election Commission for scheduling the elections. Even though the 2019 Parliamentary elections were held, the Assembly elections were not scheduled, raising doubts about the whole thing.

And once the August 5, 2019, decisions of abrogating Article 370 and Article 35 A were made along with the bifurcation of the state into two Union Territories, the elections appeared to have been dumped.

There are parties, namely the National Conference, the Congress and the Apni Party, who want elections but not unless the statehood is restored.

While the Prime Minister has announced that there would be polls after Delimitation, there was no word about the restoration of the statehood. This has left room open for speculations.

Modi’s address to the nation from ramparts of the Red Fort on the 74th Independence Day devoted significant time to J-K, in which he recalled the “progress and dignity of the people after the scrapping of the Article 370”.

He hailed the completion of one year of the abrogation of the special status of Jammu and Kashmir as an important milestone. He counted all benefits that have flowed to J&K, where refugees have got their rightful place as citizens and ended gender discrimination.