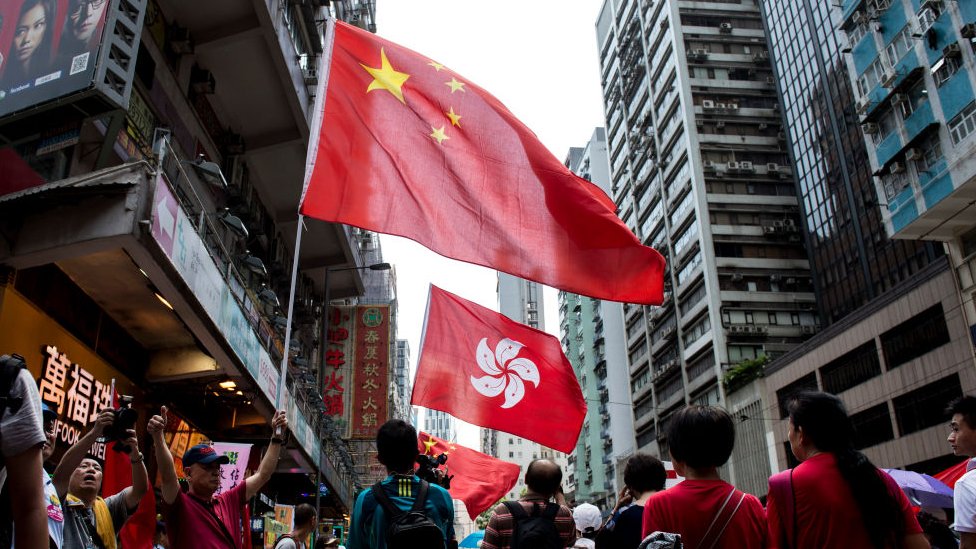 25
SHARES
ShareTweet
The controversial proposal to overhaul Hong Kong’s electoral system was approved by China on Tuesday, substantially eliminating the element of direct voting.
The proposal, which was unanimously approved by the National People’s Congress Standing Committee on Tuesday, will slash the number of directly elected seats in the city’s legislature from half to about one-fifth.
It grants the Election Committee with new power to send 40 representatives to the Legislative Council, which has been expanded from 70 to 90 seats.
Under the new proposal the Hong Kong Legislative Council’s geographical constituencies will be reduced from 35 to 20 seats.
The national security police unit would help scrutinise candidates and submit a report to the newly formed vetting committee.
The new committee that will vet candidates for Hong Kong’s most important elections will be kept to fewer than 10 people and members decided by two groups overseeing national security.
The committee would have an odd number of people and the chairman would act as the tiebreaker, said a source. Furthermore, no judicial review or appeal of the body’s decisions will be allowed for candidates and the newly empowered Election Committee will also be expanded by 300 members.
The new members will include patriotic groups and members of the Chinese People’s Political Consultative Conference (CPPCC) to further reinforce the pro-establishment camp’s control of the body.
Shortly before the overhaul was endorsed by the NPC Standing Committee, Hong Kong leader Carrie Lam claimed that dissident voices would still exist in city politics.
“The answer is yes. The whole arrangement to improve the electoral system of the [Hong Kong Special Administrative Region] is to ensure patriots administrate Hong Kong. They have to fulfill a requirement, which actually is in our electoral law – that they have to bear allegiance to the HKSAR and also uphold the Basic Law,” she said.
Despite fierce international condemnation, China approved the resolution, a move that critics say could further smother opposition voices in Hong Kong.
Several countries have condemned Beijing’s move to overhaul Hong Kong’s electoral system.