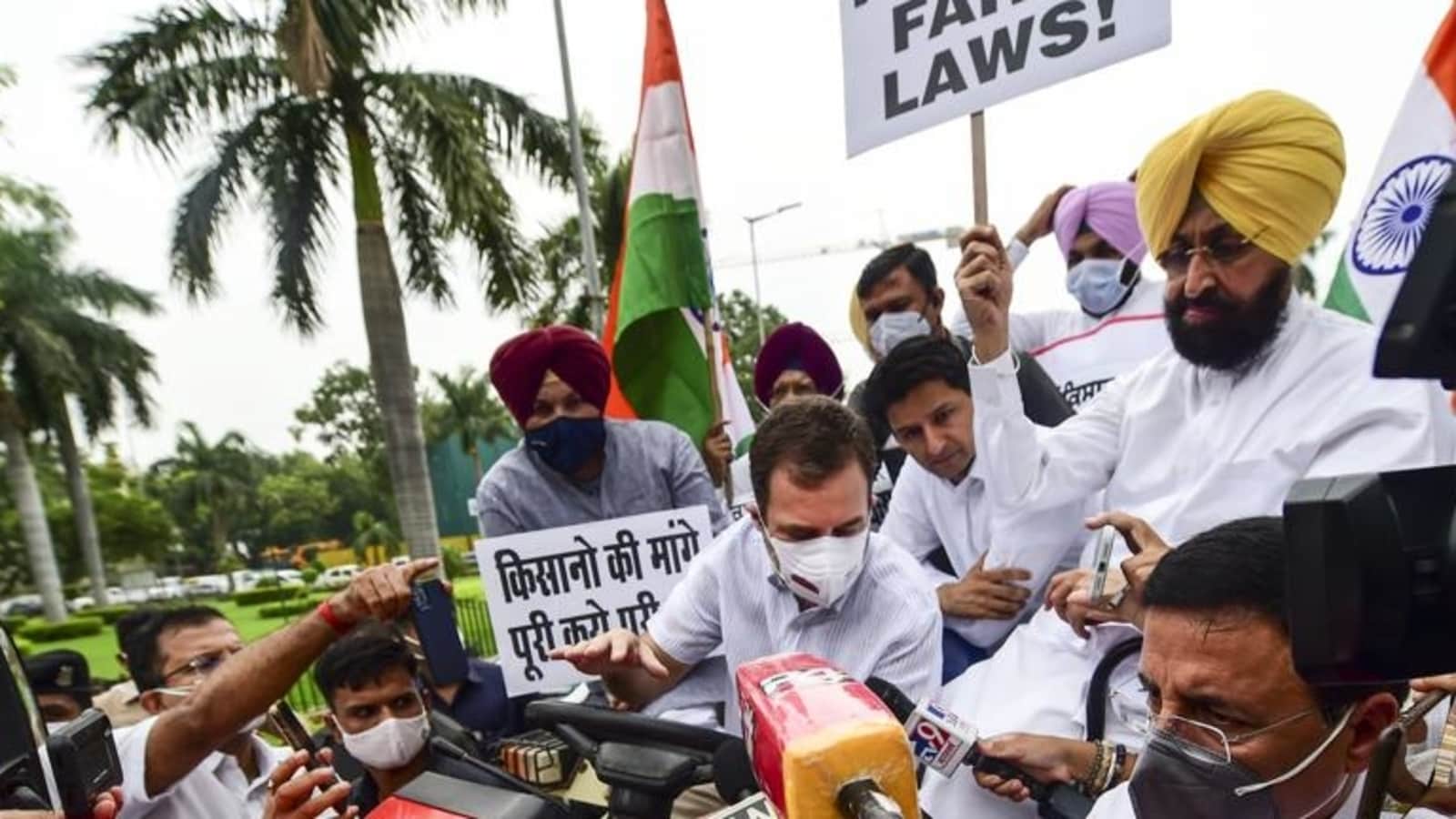 Union agriculture minister Narendra Singh Tomar, who has led the Union government in its talks with farmers protesting against the three central farm laws, on Monday attacked Congress leader Rahul Gandhi, calling him a “habitual liar” over his stand on the farm laws.

Gandhi, as well as his party have been steadfast in their support for the farmers. On Monday, the former Congress president expressed his solidarity with the protestors by driving a tractor.

“People in the Congress, too, make fun of Rahul Gandhi’s statements. He has no experience of the pain of the villagers, poor and farmers. He lies habitually day after day in his unsuccessful attempt to stay politically relevant,” Tomar told news agency ANI. The agriculture minister further said, “Congress and Rahul Gandhi should think that when they announced in their election manifesto that they’ll bring the farm laws, they were either lying then or they’re lying now. They should clarify. He shouldn’t try to mislead the farmers or create an atmosphere of anarchy.”

Congress &Rahul Gandhi should think that when they had announced in their election manifesto that they’ll bring the laws, then they were either lying then or they’re lying now. They should clarify. He shouldn’t try to mislead farmers or create atmosphere of anarchy: Agri Minister — ANI (@ANI) July 26, 2021

Union ministers, as well as leaders of the ruling Bharatiya Janata Party (BJP), including Tomar, have often targeted the Congress over a set of similar reforms mentioned by the party in its manifesto for the 2019 general elections.

The protests against the reforms completed eight months on July 26. Farmers, mostly from the northern states of Punjab and Haryana, as well as from parts of Uttar Pradesh, have been camping against the “black laws” on the borders of Delhi since November 26 last year. Earlier this month, they announced a “Kisan Sansad” (farmers’ Parliament) which, they said, will be held in parallel with the ongoing Monsoon session of Parliament which began on July 19 and is scheduled to end on August 13. The farmers have been allowed to protest at Jantar Mantar, near the Parliament, with a maximum of 200 protestors allowed at the site each day.

Total 11 rounds of talks between the Centre and farmers’ unions have failed to resolve the dispute. While the farmers want the laws to be repealed, the central government has repeatedly stressed these won’t be rolled back and offered to hold discussions “clause by clause.”

Also Read: ‘Tractor rally not a bad thing, will hold one in Delhi on I-Day’: Rakesh Tikait

On January 26, a tractor rally taken out by the farmers in Delhi resulted in clashes with the police on the streets of the national capital.