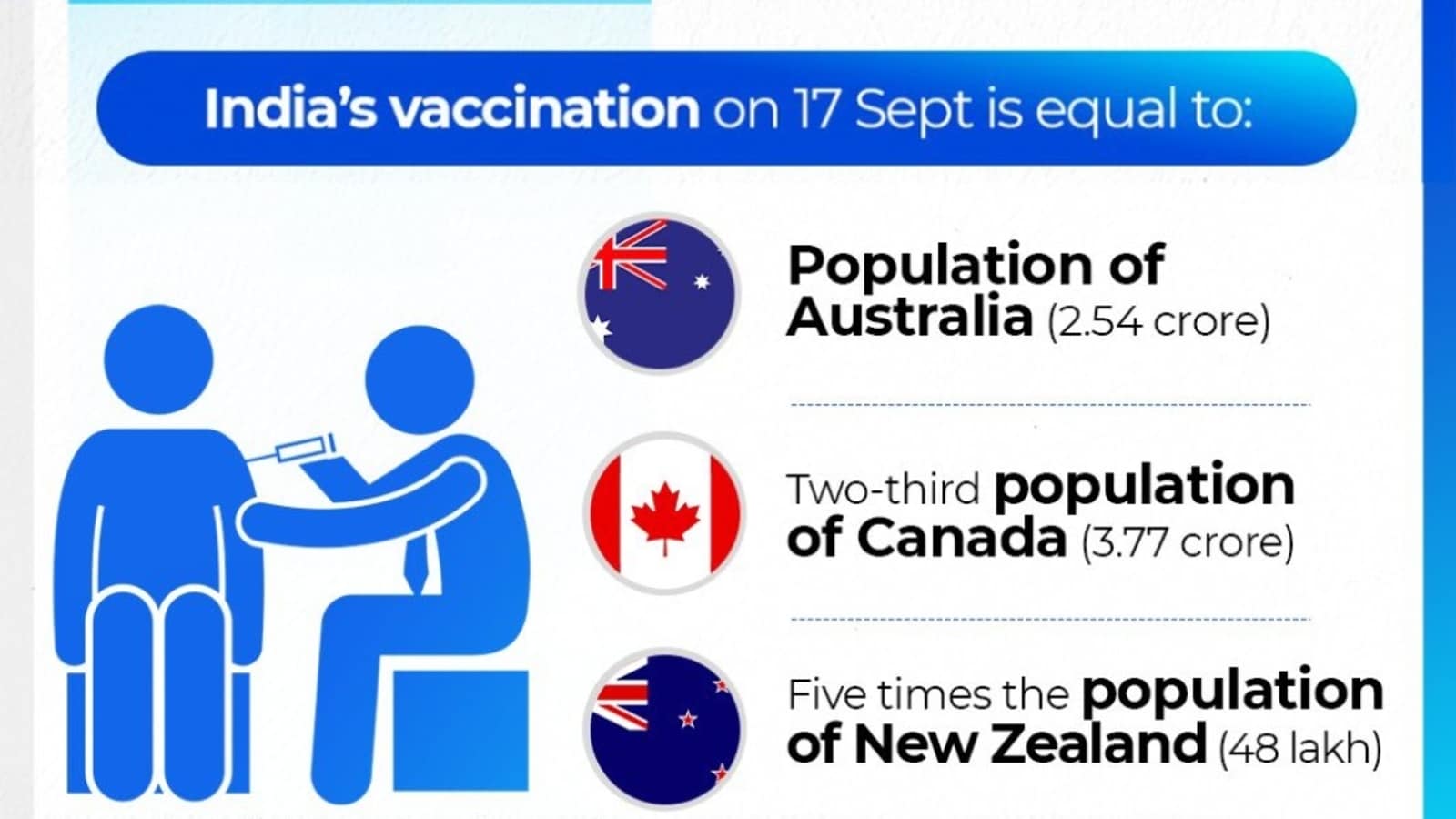 On the occasion of Prime Minister Narendra Modi’s birthday on September 17, India achieved a record landmark in its vaccination campaign against the coronavirus disease (Covid-19). In an extraordinary feat, the country vaccinated as many as 25 million citizens, more than three times the average daily total of the past month. It’s a number that equals the entire population of Australia, is two-thirds the population of Canada, and five times the entire population of New Zealand, according to the central government.

“What a remarkable feat!” the government portal MyGovIndia posted on Twitter, pointing out that India managed to vaccinate 25 million (2.5 crore) citizens in under 16 hours.

In another tweet, the government portal pointed out that India’s single-day Covid-19 vaccination record, 25 million, equals the entire population of Australia (25.4 million) and is also more than the total doses administered by Australia so far (23.8 million).

Also Read | ‘We will not rest…’: PM Modi ‘humbled beyond words’ after birthday wishes, record vaccinations

What’s more, India’s single-day vaccine numbers are equal to two-thirds of the population of Canada (37.7 million). It is both five times the population of New Zealand (48 lakh) and five times that of the total doses administered by New Zealand (46 lakh). The numbers are also double the total doses administered by Egypt (12.2 million), according to the central government.

The record number of vaccines administered by India was a part of the Bharatiya Janata Party (BJP)’s push to the ‘Seva and Samarpan’ vaccination campaign to honour the occasion of Prime Minister Narendra Modi’s birthday.

“Every Indian would be proud of today’s record vaccination numbers,” the Prime Minister said, acknowledging the hard work of doctors, innovators, administrators, nurses, healthcare, and all front-line workers who made the vaccination drive a success.

“Countless individuals and organisations have immersed themselves in some or the other noble deed of community service today. I salute them for their noteworthy efforts. There is nothing better than giving back to society and helping others,” PM Modi tweeted.