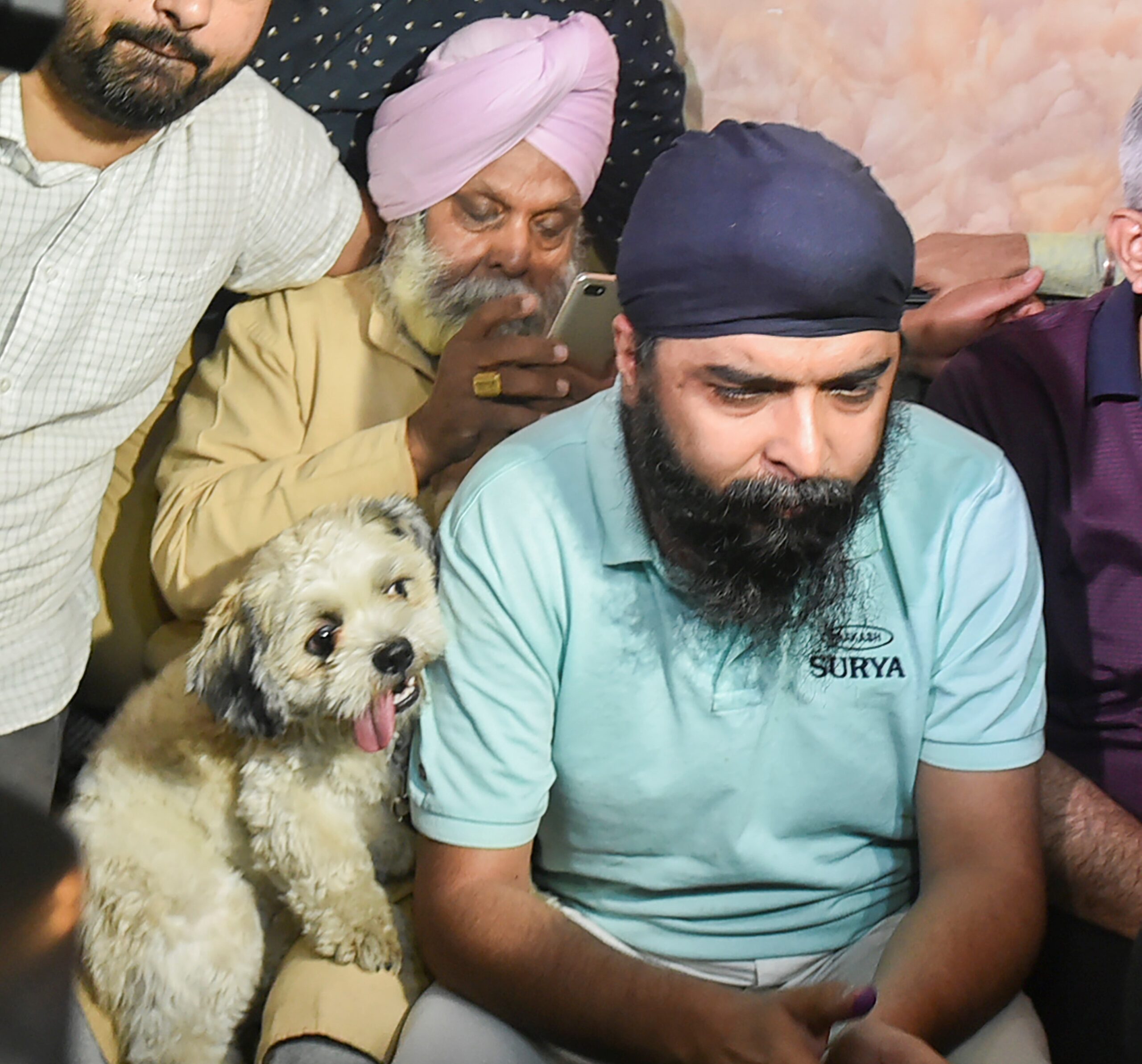 Hours after a Mohali Court issued arrest warrant against BJP leader Tajinder Singh Bagga, the State of Punjab today undertook before the Punjab and Haryana High Court that the warrants would not be executed till May 10 — the date already fixed by the High Court for hearing Bagga’s petition for quashing the FIR against him.

Taking up the matter during special hearing just before midnight, Justice Anoop Chitkara took on record the undertaking by Punjab Advocate-General Anmol Rattan Sigh Sidhu before adjourning the hearing to May 10.

Bagga had moved the High Court late Saturday evening, seeking stay on the arrest warrant issued by a Mohali court. He was also seeking directions against the initiation of coercive steps against him during the pendency of the application challenging the arrest warrants.

In his application filed through counsel Anil Mehta, Bagga sought stay on the arrest warrants on no less than 12 counts. He has submitted that the registration of the FIR was to wreak vengeance through politically-motivated criminal investigation by using the State machinery for oblique motive of political gain.

He has submitted that the registration of the FIR was to wreak vengeance through politically-motivated criminal investigation by using the State machinery for the oblique motive of political gain.

Bagga contended the only allegation against him was that he made a statement during political debates on electronic media on April 30. The perusal of the entire FIR would reveal that no case was made out in “respect of the Sections invoked in the FIR”.

The alleged incident/statement took place at Delhi. But the complaint in utter disregard of the principles of law got the FIR registered in Mohali “where Aam Aadmi Party, to which the complainant belongs, just came to power”.

Appearing on Bagga’s behalf, senior counsel Chetan Mittal contended that Bagga had been wrongly involved in the FIR at the instance of the AAP members, with an ulterior motive to settle scorers for political gains.

Mittal argued that the gravity of the alleged offence was not serious. No recovery was to be effected from the petitioner and his custodial interrogation was not required, but respondent-State out of sheer political vendetta were illegally attempting to arrest after having failed in their attempt on May 6.