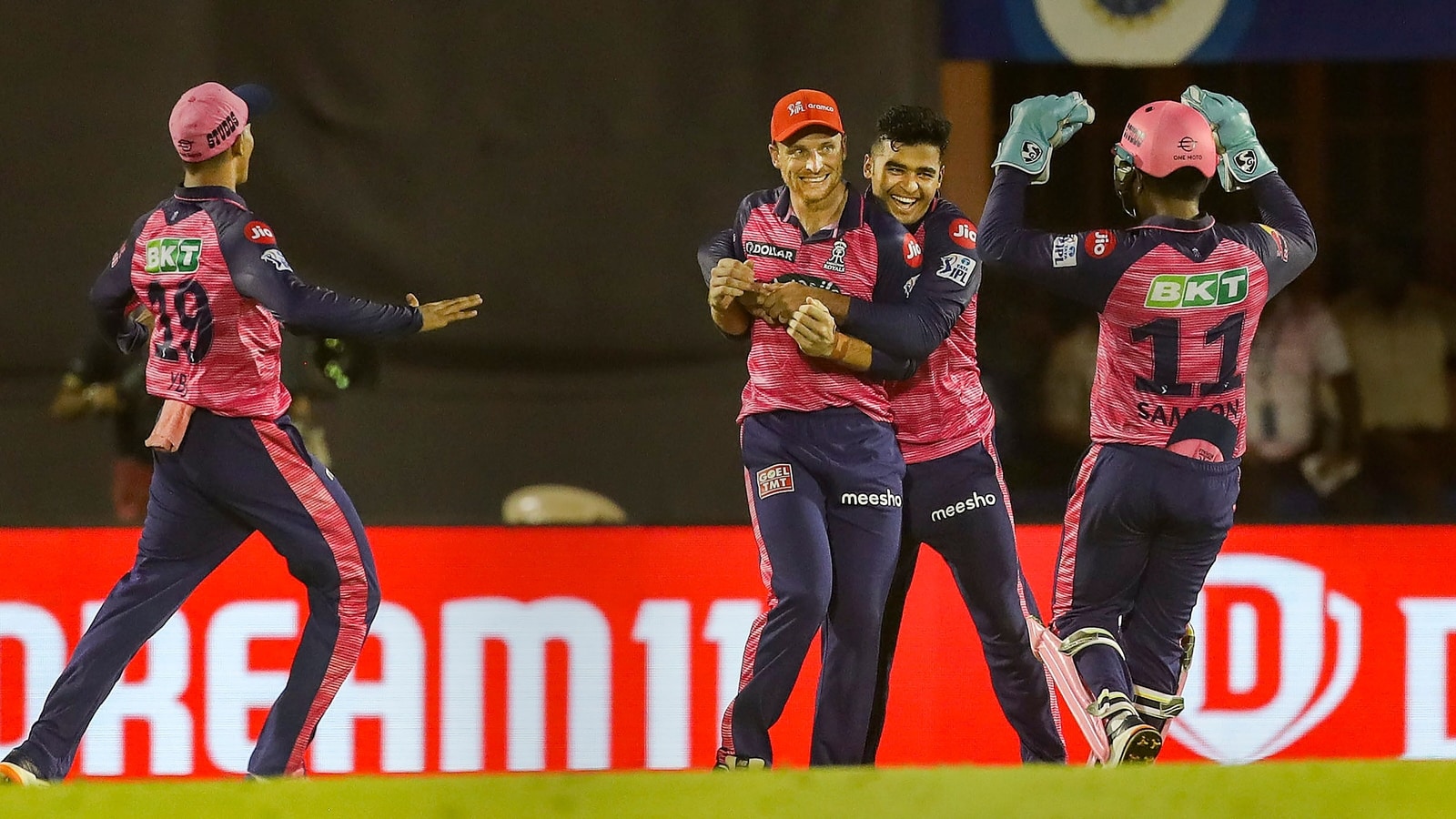 Lucknow Super Giants (LSG) fell to a 24-run loss to Rajasthan Royals (RR) in a match between two of the highest placed teams this season in the Indian Premier League (IPL). This led to the two teams exchanging places in the IPL table, with RR taking the second place that was occupied by LSG and the latter moving down to their erstwhile position of third.

It also meant that top-placed Gujarat Titans have cemented a four-point lead over second place, further strengthening their chances of finishing the league stage in the top two. The Titans had beaten Chennai Super Kings earlier in the day on Sunday to get to 20 points. CSK are out of the race for the playoffs and remain in eighth position with just eight points.

Let’s take a look at the playoff scenarios for the teams:

Rajasthan Royals (16 points in 13 matches, NRR: 0.304): Newly placed top of the pile among the teams in the race, RR have got to 16 points, which seems to be the magic figure this season for teams to all but confirm a place for themselves in the playoffs. Only five teams can now reach 16 points and RR’s net run rate of 0.304 helps them stay ahead in case they are tied with any teams on points. They have a four-point lead over the fifth-placed Delhi Capitals, which means they will have to lose their last league game against CSK by a huge margin and fourth-placed RCB will have to win their last league game by a big margin for RR to drop below fourth. RR are the strongest placed among all teams in the race.

Lucknow Super Giants (16 points in 13 matches, NRR: 0.262): LSG have benefitted from the fact that they have been strong for much of the season as they have seen their net run rate drop from over 0.700 to 0.262 due to defeats in their last two matches. With as many points as RR, they are also just as strongly placed to make it to the playoffs. They have one match left against KKR, one of the teams who still have an outside chance to make it to the top four.

Royal Challengers Bangalore (14 points in 13 matches, NRR: -0.323): RCB have one match left this season and that happens to be against the mighty Gujarat Titans. While they are currently placed fourth, the fact that they have a net run rate of -0.323 will hurt them in case they are tied on points with any of the teams placed below them. They hence have little choice apart from beating Gujarat Titans getting to 16 points themselves and even then, there is a chance that they could be pipped by DC. Only bottom-placed Mumbai Indians currently have a poorer net run rate than RCB.

Delhi Capitals (12 points in 12 matches, NRR: 0.210): Delhi Capitals have two games left, one of which they play on Monday against fellow runners PBKS. If they win both of their next two matches, they will reach 16 points and could possibly replace RCB in fourth place, if the latter don’t end up with a higher net run rate at the end of the league stage. In fact, DC’s high net run rate means that they could even overtake LSG to finish third at the end of the season.

Kolkata Knight Riders (12 points in 13 matches, NRR: 0.160): It will take a bit of a miracle for KKR to reach fourth place. KKR can reach a maximum of 14 points, which means they have to hope that none of the other teams in the race for that final playoff spot reach 16 points to begin with and even then, they might be looking over their shoulders constantly. They face LSG in their last match of the league stage.

Punjab Kings (12 points in 12 matches, NRR: 0.023): PBKS play what has to be one of the most important matches of their season on Monday when they face fellow runners Delhi Capitals. They are level on points with DC but trail by NRR and so a win here would go a long way into ensuring they finish in the top four. They face Sunrisers Hyderabad in their last match of the season after the game against DC.

Sunrisers Hyderabad (10 points in 12 matches, NRR: -0.270): SRH have had a roller coaster season to say the least. They have gone from going on a winning streak of five matches to then having a losing streak of as many games. They are now outsiders in the playoff race, needing to win their last two matches by huge margins and then hoping that none of the other teams get to 14 points.