‘If something happens to me’: Imran Khan ‘reveals’ conspiracy to kill him. Watch 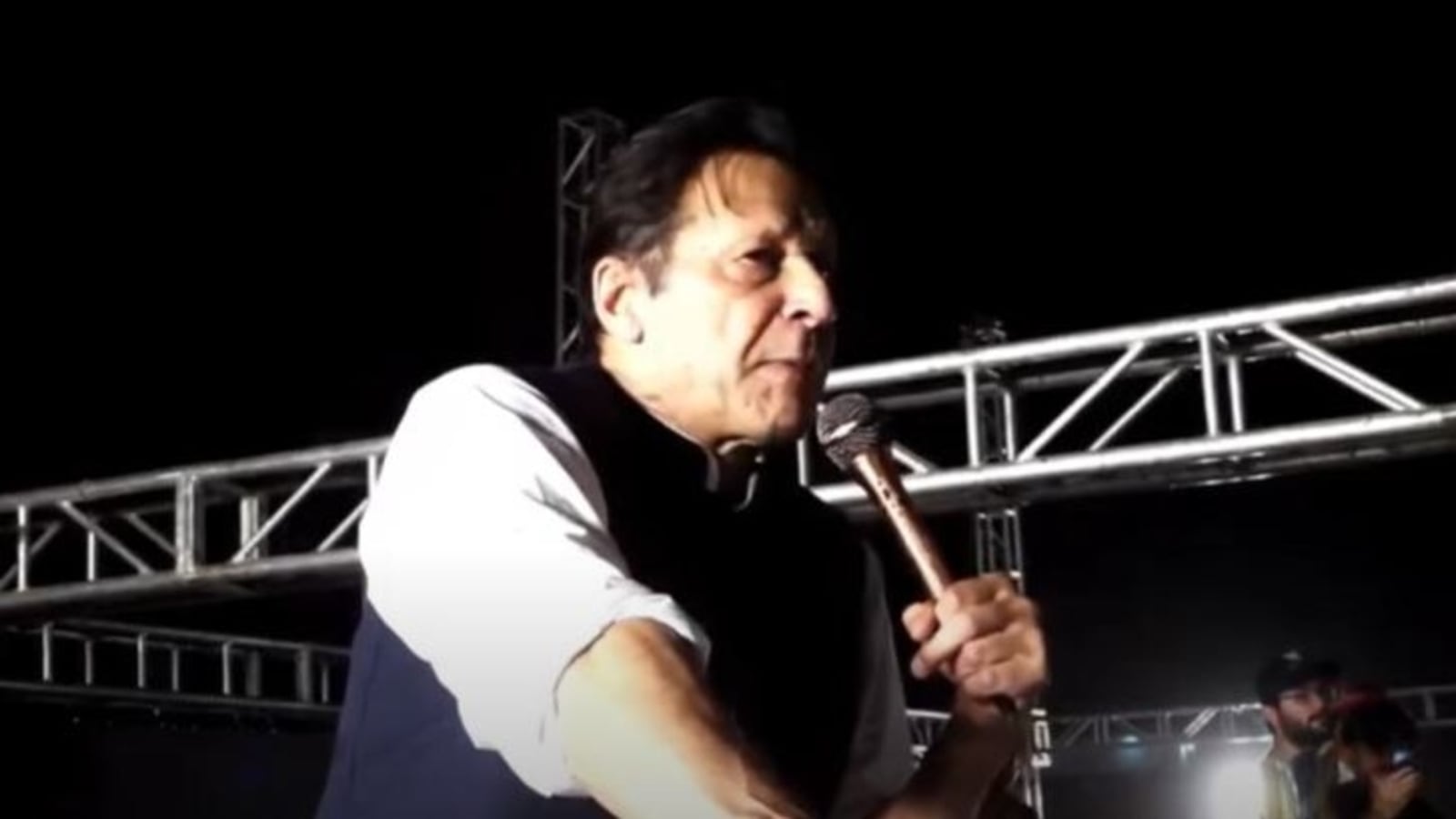 Former Pakistan prime minister Imran Khan on Saturday reiterated the threat to his life and said he has recorded a video naming all those involved in the conspiracy of killing him since last summer. The comments were made by Imran Khan at the party’s massive gathering at Sialkot. The conspiracy is being hatched in closed rooms inside and outside the country, the former prime minister said.

“They want to kil* me. I have recorded a video where I take all the names who were involved in this conspiracy.”-@ImranKhanPTI #امپورٹڈ_حکومت_نامنظور #SialkotFightsBack pic.twitter.com/cGQigbAAMy — Virk Shahzaib (@VirkSh786) May 14, 2022

“I knew of this conspiracy. SoI have recorded a video and kept it in a secure place. If something happens to me, then this video will be made public in front of the nation. In it, whoever has conspired against me, whoever is complicit since last summer, I have named everyone,” Imran Khan said.

“I have made this video because in this country the powerful are never brought to the law. They always go scot-free. Only weak people are taken to task. So I have recorded a video so that the nation gets to know who were the traitors of the country,” Imran Khan added.

Before Imran Khan was ousted from the PM post through a no-confidence motion in the assembly, PTI leader Faisal Vawda first talked about the purported threat to Imran Khan’s life.

Pakistan’s defence minister Khawaja Asif said Imran Khan has now come up with this ‘fake story of his assassination’ to get the sympathy of the people. “This man (Khan) has not learnt anything despite being in power for about four years. Now Khan is saying perhaps America and his opponents are hatching some kind of conspiracy against him. There is no place of this insane person in the Pakistani politics,” Asif told a private TV channel.

Imran Khan is on an embattled path to strengthen his party before Pakistan goes to a fresh election. He has been addressing rallies, giving interviews alleging how his government has been ousted through foreign help, a claim that has been dismissed by the Pakistan government. In a recent interaction, Imran Khan said dropping an atomic bomb would have been better than handing over the helm to the thieves.