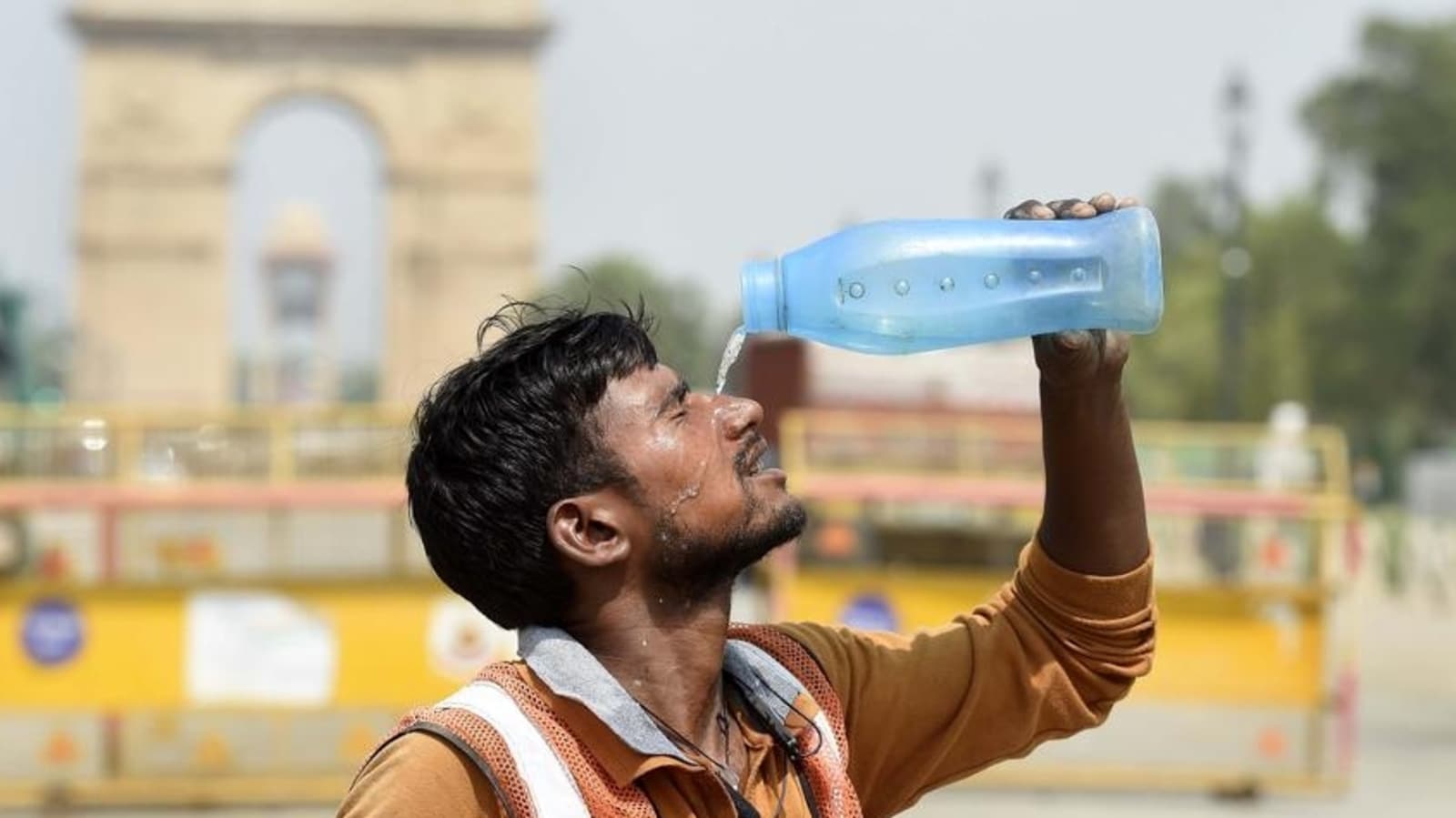 The national capital bore the brunt of the heatwave sweeping through north India with the mercury soaring to 49 degrees Celsius on Sunday. The Indian Meteorological Department (IMD) has sounded an orange alert for most parts of northwestern India, warning of severe heatwave conditions.

The temperature at Mungeshpur in northwest Delhi was recorded at 49.2, while it was 49.1 degrees Celsius at Najafgarh.

According to IMD, the national capital will witness a thunderstorm or a dust storm on Monday.

National capital region’s satellite city Gurugram reeled under sweltering heat with the maximum temperature reaching 48.1 degrees Celsius, the highest since May 10, 1966- when the city logged 49 degrees Celsius. However, pre-monsoon activity due to cyclonic circulation over Punjab and Haryana on Monday and Tuesday can bring some relief from the intense heat, news agency PTI reported citing weather forecasters.

Also read | Here are the hottest cities in India right now. Is yours in the list?

The Indian Meteorological Department (IMD) has issued an “orange alert” for north-west India and a red alert for Rajasthan.

“We have issued a red alert for Rajasthan for an intense spell of the heatwave, and a yellow alert for tomorrow. Similarly, we have issued an orange alert for Punjab, Haryana, Uttar Pradesh, eastern Madhya Pradesh and Delhi,” news agency ANI quoted the weather department as saying.

Madhya Pradesh will continue to reel under severe heatwave conditions for the next 2-3 days but with decreased intensity.

In Uttar Pradesh, the heatwave will continue on Monday.

When is a heatwave declared?

Based on absolute recorded temperatures, a heatwave is declared when an area logs a maximum temperature of 45 degrees Celsius.

A severe heatwave is declared if the maximum temperature crosses the 47-degree Celsius mark.