Stay with us with peace and dignity: Kashmir’s Grand Mufti calls Kashmiri pandits 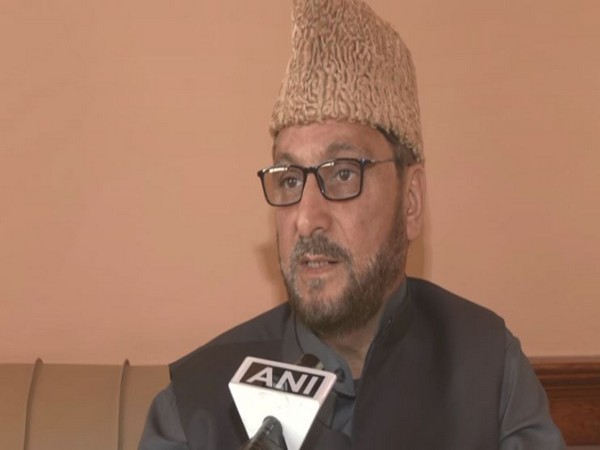 Talking to ANI, the Grand Mufti of Kashmir said that they have been seeking the return of Kashmiri Pandits for three decades and they should “stay with us with peace and dignity”. He also said that normalcy has returned to Kashmir to some extent but the situation is fragile and there should be a return of complete peace and prosperity.

The Grand Mufti said Islam and other religions emphasise security of every human being. Expressing his pain over violence in the Valley, he said that blood of humans and humanity has “become cheap in Kashmir”.

“Islam, in fact every religion, emphasises on the security of every human. If there’s an issue, it should be resolved but looking for a solution by spilling blood is against humanity. I think the blood of humans and humanity has become cheap in Kashmir,” he said.

The Grand Mufti emphasised the need to maintain amity and brotherhood between communities and deplored the killings.
“Every killing is deplorable and it’s a heinous crime. I feel pain about such killings. I want people to understand that we’ve to maintain brotherhood between communities. We shouldn’t allow miscreants to create an atmosphere of mistrust,” Kashmir’s Grand Mufti told ANI.
He said the security of people working in the Valley is the responsibility of local residents.
“It (probe) should be done. Until culprits are identified and their intentions are found out…why would they want to do that to a Bihari labourer, besides creating a law and order situation. Their security is our (responsibility),” he said.
“We have to work together to find out who is behind such things. The questions need to be answered,” he added.
Referring to Kashmiri Pandits, he said they shouldn’t go and stay in the Valley. “We’ve been making lamentable cries about their return for the last 30 years. Now they have returned and they should stay with us with peace and dignity,” Nasir-ul- lslam said.
He noted that tourists have returned to the Valley.
“I don’t see complete peace here. Yes, the tourists have returned, normalcy has returned to Kashmir to some extent. But we want to see complete peace and prosperity in Kashmir. But the situation is fragile,” he said.
There have been targeted killings of innocent civilians in Kashmir and the victims include members of the Kashmir Pandit community, civilians and people in government.
A bank manager, identified as Vijay Kumar, was shot dead outside his office by terrorists in the Kulgam district of Jammu and Kashmir on Thursday.
Earlier this week 36-year-old Hindu woman teacher Rajni Bala, hailing from Jammu’s Samba district, was shot dead by terrorists at a government school in Gopalpora, Kulgam.
Union Home Minister Amit Shah on Friday held a meeting with Lieutenant Governor Manoj Sinha, and other top officials on security in Jammu and Kashmir.
National Security Advisor Ajit Doval and Jammu and Kashmir Director General of Police Dilbagh Singh also participated in the meeting.
Last month, two civilians – including Kashmiri Pandit employee Rahul Bhat — and three off-duty policemen were killed in Kashmir by terrorists.