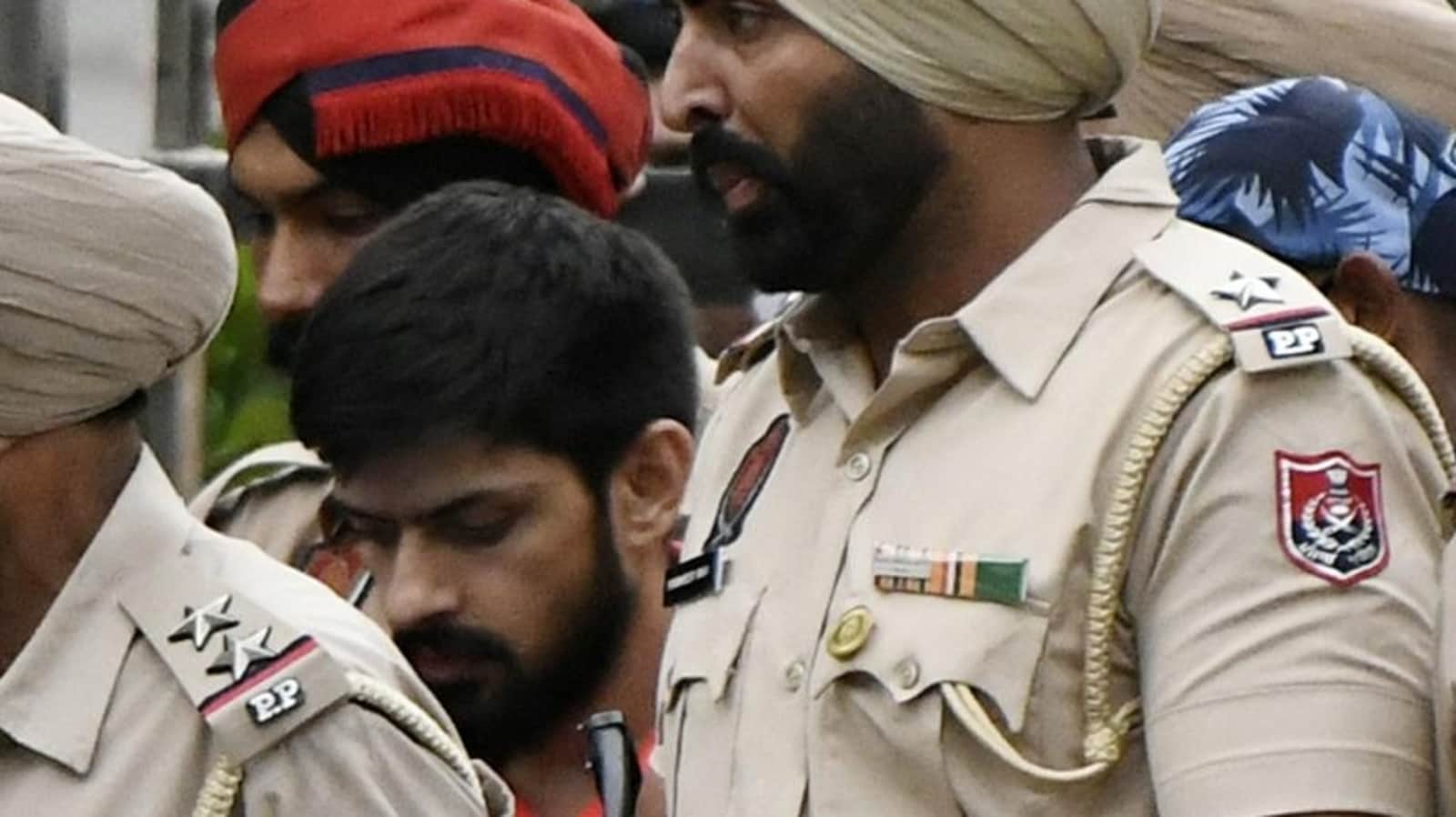 A court in Punjab’s Mansa district early on Wednesday morning granted seven-day police remand of gangster Lawrence Bishnoi to the state police in singer-politician Sidhu Moose Wala murder case soon after he was brought to the district. He is the main conspirator in the killing.

Amid tight security, he was brought to the Mansa district – where Moose Wala was shot dead on May 29 – on Wednesday morning at around 4 am. Bishnoi was presented before duty magistrate after his medical check-up was conducted at the district civil hospital. After securing the police remand, the Punjab Police are shifting Bishnoi to Mohali, where he will be interrogated.

A Delhi court on Tuesday had allowed the Punjab Police to take the gangster to the state for questioning.

“Considering the totality of the circumstances and also considering the seriousness of the offences and gravity of allegations against the accused Lawrence Bishnoi in the murder of singer Subhdeep Singh @ Sidhu Moose Wala, the application seeking transit remand for one day is allowed till June 15 with direction to the IO to produce the accused before the concerned court of CJM, Mansa on June 15,” the judge said in a four-page order.

The court also ordered Punjab police to file a compliance report before the duty magistrate in Patiala House court just after the production in Mansa court. The magistrate had issued an arrest warrant against Bishnoi on Monday in the singer’s murder case.

The police said it was also pertinent to mention that all the arrested accused were allegedly closely associated with Bishnoi and his associates, and they have been involved together in multiple FIRs.

On Tuesday, Bishnoi’s counsel contended had claimed there was a threat to his client’s life. He also repeated the claim – which was made earlier too – that Bishnoi may be killed in a fake encounter.

On this, the Punjab Police was directed by the Delhi court to take all measures for Bishnoi’s safety during transit and till his court production even as the advocate general for Punjab Anmol Rattan Sidhu said a team of armed personnel had been constituted for this purpose.

Bishnoi has been named as the mastermind in the murder of Moose Wala who was shot dead near his home. His killing had triggered much anguish among his admirers in India and Canada, where he had gone as a student.

One suspected shooter – linked to the killing – was earlier this held from Pune. He was also said to be linked to the Bishnoi gang.

They either provided logistics support to the shooters or conducted the recce ahead of the attack on May 29, according to the SIT (Special Investigation Team).

The SIT also claims to have identified four shooters, but the total number of shooters and their identity is yet to be disclosed.

Apart from Bishnoi, Canada-based Goldy Brar too is linked to the case. He had earlier claimed the responsibility for the murder.

Moose Wala had joined the Congress before the state elections and had unsuccessfully contested from his home district.

His admirers remembered him on his 29th birth anniversary on June 11.