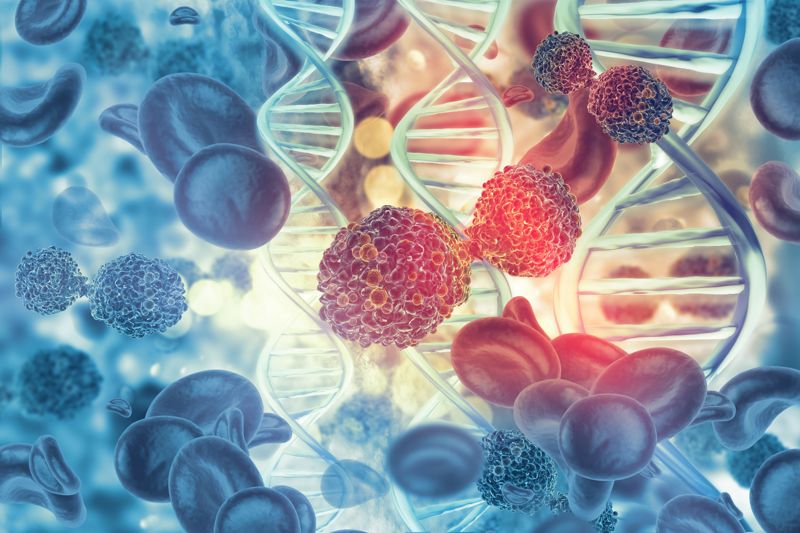 Something unheard of happened last Sunday. Medical oncologists from New York told the world that they had removed all traces of rectal cancer in 14 patients without using standard treatments of radiation, surgery or chemotherapy. All they used was immunotherapy, a drug called Dostarlimab, administered intravenously every three weeks for six months under a landmark trial at the city’s Memorial Sloan Kettering (MSK) Cancer Center. Post treatment, none of the patients showed any evidence of cancer.

“I was stunned and ecstatic. The doctors told me they could not find any traces of cancer so there was no need for me to endure radiation anymore,” MSK’s trial success video quotes Sascha Roth as saying. At 38, Roth was the first patient to enrol for what has today become a game-changing study with the potential to change the face of oncology forever.

Roth, like 13 co-subjects in the trial, has now been cancer-free for two years and continues to be followed up by the MSK team led by Andrea Cercek and Luis Diaz Jr, who started probing, for the first time, whether immunotherapy alone could beat rectal cancer that had not spread to other tissues in a certain subset of patients.

These 14 patients had tumours with a specific genetic makeup called mismatch repair-deficient (MMRd), which is characterised by cells with multiple DNA mutations that cause cancer.

Experts say immune cells have a safeguard called a checkpoint to prevent them from attacking normal cells, but cancer can break this safeguard, shutting immune cells down and allowing the tumour to hide and grow.

Immunotherapy can fight this. An immunotherapy agent called a checkpoint inhibitor can activate the immune cells, allowing them to recognise and attack cancer cells, especially the MMRd tumours which look strange with their multiple mutations.

“So immune cells attack the tumour with a greater force,” Cercek explains in MSK’s research document. Importantly, the pioneering colorectal trial flows from a previous work where Luis Diaz showed how checkpoint inhibitors could help people with MMRd tumours that had spread to other organs. “This time we thought of trying immunotherapy as the first line of treatment before cancer metastasises and spreads to other organs,” says Diaz.

The second objective of the research The New England Medical Journal published for its tremendous potential, despite the miniscule subject size, was avoidance of toxicity associated with advanced cancer treatments.

Like Cercek explains, “Standard treatment with surgery, chemo and radiation can be particularly hard on people because of the location of the tumour. They can suffer life-altering bowel and bladder dysfunction, incontinence, infertility, sexual dysfunction and more. This can lead to a lot of self-esteem issues.”

Doctors, she says, use various approaches to manage these toxicities, including shrinking the tumour size with chemotherapy and radiation to facilitate the surgery.

In the trial at hand, MSK experts premised that immunotherapy in MMRd patients may similarly reduce tumour size enabling surgery. But it was their decision to completely omit chemo, radiation and surgery after immunotherapy that opened a whole new world of possibilities.

“It was a world class moment when Dr Cercek decided to cut out other treatments and stick to immunotherapy alone. It worked,” recalls Diaz, as other surviving trial patients Imtiaz Hussain, Nisha Varughese and Avery Holmes celebrate their new-found painless lives.

When Sascha Roth’s results came, doctors thought these could be a one-off. So they followed up on other trial participants. Soon they were at the 10th patient with 100 per cent response to therapy and no side-effects whatsoever.

The same results would be repeated for all 14 — and counting — as MSK continues to enrol and expand the trial.

While the world processes the miracle of cancer disappearance with immunotherapy alone, MSK experts are already looking ahead rather than rest on their incredible results.

All patients who enrol at the MSK trial must have stage 2 or 3 rectal tumours that are MMRd which, experts say, makes their cancer particularly sensitive to immunotherapy.

The ray of hope emanating from MSK is not confined to colorectal cancer alone, with Diaz terming the results the “tip of the iceberg”. The wonder oncology team is now probing if the same therapy would also help patients with other cancers where treatments can be life-changing and tumours are MMRd. MSK has begun a parallel trial enrolling patients with gastric, prostate and pancreatic cancers.

In the world where cancer is the second leading cause of death, accounting for nearly 10 million deaths in 2020 — nearly one in six deaths — these small steps could lead to something big.

As in other parts of the world, the news of the MSK trial has enthused oncologists at home too. DC Doval, the doyen of medical oncology in India, says nothing like this has ever happened before.

“This is fantastic. The therapy has almost cured the cancer. Whether the results will apply to a larger trial population is a matter for the future. But the study has generated a lot of hope at a time when cancer burden is rising,” says Doval, chair of medical oncology at the leading Rajiv Gandhi Cancer Institute in New Delhi.

He flags something even more important — the cost of immunotherapy where Indian pharma can play a leading role. Estimates suggest that the drug used in the MSK trial funded by GlaxoSmithKline costs $11,000, which is nearly Rs 8.55 lakh a dose, a prohibitive cost.

“The percentage of cancer patients who can pay that kind of money is very small. Indian pharma should take the lead in bringing innovative molecules to the market. If India can develop some generic anti-cancer molecules, we could drive the costs down and benefit so many patients,” Doval explains, urging the government and the pharmaceutical sector to invest in anti-cancer R&D, as they did in Covid-19 vaccines.

dostarlimab is already in use

The MSK trial is significant for another reason. It has opened the doors for future research by providing a lead that oncologists worldwide can use in their own populations and races since trial success can vary depending on the demographic lineage of people, which means what has worked on American patients may not work that well on Indians.

Leading gastrointestinal oncologist at a New Delhi government hospital Sanjiva Kumar says Dostarlimab is not a new cancer drug and has been used for over two decades to treat endometrial cancers (cancer of the inner lining of the uterus wall). “It is used very sparingly, though, where all other lines of treatment have failed and cancer has recurred. It is an imported drug. In India, Solu Pharma in Mumbai markets it, the cost being $6,788 per injection (Rs 5.31 lakh).”

American specialists, he says, have used Dostarlimab for the first time as the first line of treatment in rectal cancer patients with locally advanced cancers which have not spread to other organs. “Trial results are hugely promising. However, these can be termed miraculous only if similar results are repeated for at least 200 patients or more with five-year survival. I would say a promising cricketer has emerged on the horizon and we must wait to see his performance in Test matches,” says Kumar.

He, however, lauds the research as it has opened the possibility of oncologists worldwide to replicate the MSK trial in local populations.

“The MSK investigation will serve as a lead to cancer investigators globally. Others will also start using the same treatment line. Nearly 146 countries that are part of the International Clinical Trial and Research Norms can share their investigations as long as the drug being used in that trial is not a proprietary drug and, hence, is not patent-protected. As I said, Dostarlimab is a common cancer drug and has been widely used. We will also start experiments here. It will help as rectal cancer among youngsters is rising,” the expert says, lamenting the lack of cancer research in India where Tata Memorial in Mumbai is the only major research institute while the burden of disease continues to rise.

The Indian Council of Medical Research (ICMR) recently unveiled the National Cancer Registry Programme Report 2020 estimates, which say cancer cases in the country will rise from 13.9 lakh in 2020 to 15.7 lakh by 2025 based on current trends. Prashant Mathur, Director at the ICMR’s National Centre for Disease Informatics and Research at Bengaluru, which tracks cancer trends through 28 Population Based Cancer Registries and 58 Hospital Based Cancer Registries, says in 2020, tobacco-related cancers were estimated to have contributed 3.7 lakh (27.1 per cent) of the total cancer burden.

The cancer incidence rate for the male population ranges from 269.4 in Mizoram’s Aizawl district (highest in India) to 39.5 in Maharashtra’s Osmanabad and Beed district per 100,000 population.

Similarly, the cancer incidence rate for women population ranges from 219.8 (Arunachal’s Papumpare district) to 49.4 (Osmanabad and Beed district) per 100,000 population.

Evidence of a growing cancer burden in Punjab and adjoining areas flows from the fact that among 58 hospital-based cancer registries run by the ICMR, the one at PGI, Chandigarh, saw the maximum cancer patients at 30,218 (16,786 males and 13,432 females) registered between 2012 and 2016.

The data, experts say, does not reveal the actual burden as PGI alone cannot take the entire regional load. Several patients continue to flock Rajasthan’s Bikaner for treatment as Punjab lacks a dedicated government cancer centre and private treatment is prohibitive. The cancer train that runs from Bathinda to Bikaner remains a grim reminder that India has a long way to go on the road to cancer therapy.

Drug that is making waves Dostarlimab is a monoclonal antibody which works by blocking receptors on the surface of cancer cells, thereby unmasking these cells and enabling the immune system to identify and attack them. Dr Pankaj Chaturvedi, Deputy Director of the Centre for Cancer Epidemiology at Tata Memorial Centre, Mumbai, says Dostarlimab has been used to manage advanced endometrial cancers earlier and is an expensive therapy. “The MSK study is welcome but we require more data on a larger patient base. Also, a complete response does not mean a complete cure,” he adds. Its first time use in the MSK trial in rectal carcinoma with MMRd tumours has made it a novelty, pushing up the costs. The US FDA approved this GSK manufactured drug, marked as Jemperli, for treatment of adult patients with advanced MMRd solid tumours in 2021. Second leading cause of death worldwide Cancer is the second leading cause of death worldwide, accounting for nearly one crore deaths in 2020.