‘Why look for Shivling in every mosque’: RSS chief on Gyanvapi mosque row 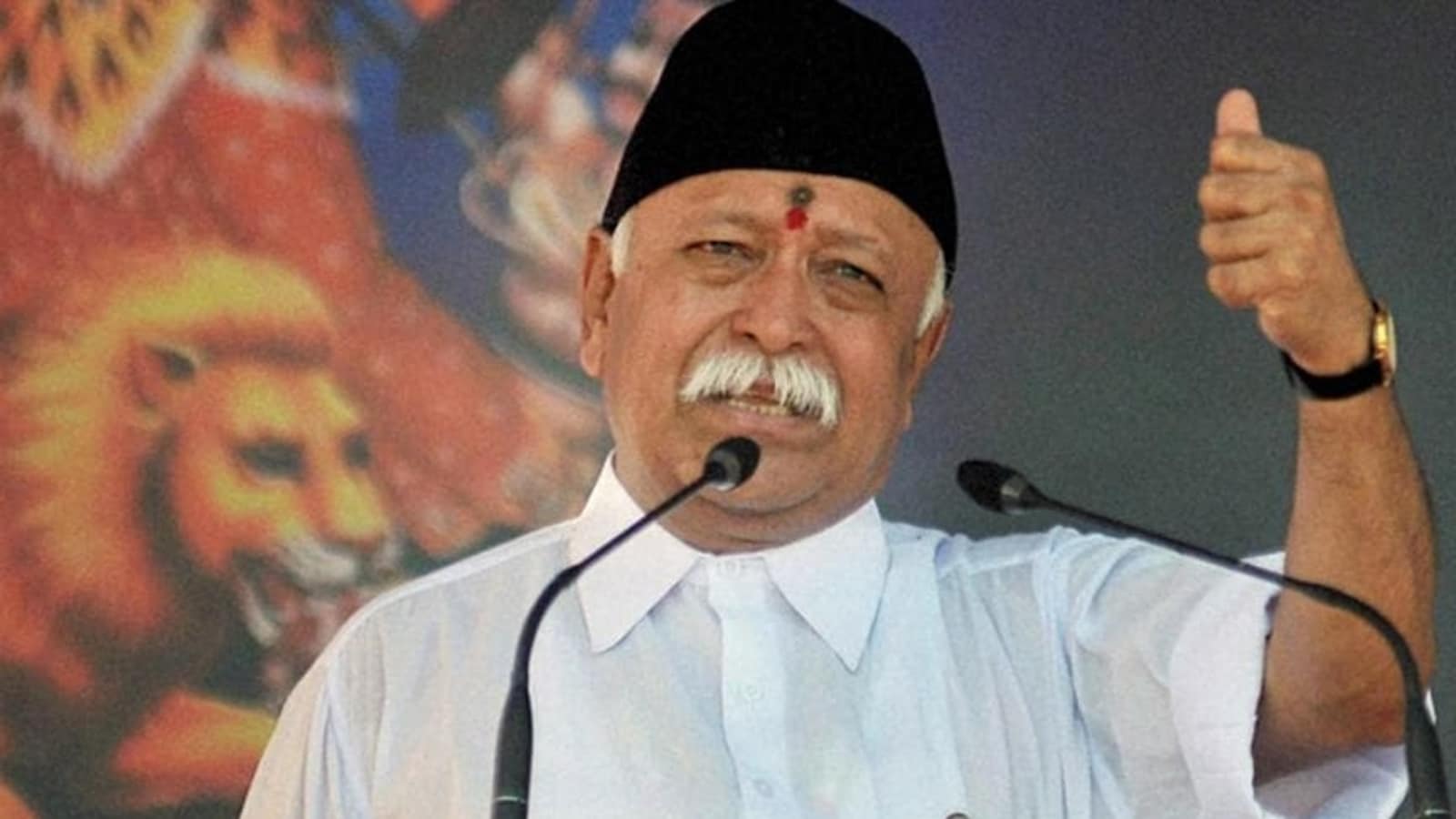 Rashtriya Swayamsevak Sangh (RSS) chief Mohan Bhagwat on Thursday called for an amicable resolution to the Gyanvapi mosque-Kashi Vishwanath temple dispute, suggested that the Hindu and Muslim sides should sit across the table to settle the matter amicably, and stressed that there will be no agitation over the issue once the court delivers its verdict — no matter which way it goes.

Bhagwat also cautioned Hindu groups against raising fresh disputes over religious places every other day. Why look for Shivlings in every mosque, he asked, in a strong reference to fresh claims in recent weeks about evidence of Hindu idols in monuments ranging from the Qutub Minar to the Ajmer Dargah to the Taj Mahal.

“We had special devotion towards some places, and we spoke about them, but we shouldn’t bring out a new matter daily. Why should we escalate the dispute? We have devotion towards Gyanvapi, and doing something on that front is alright. But why look for a Shivling in every masjid?” Bhagwat said.

This is the first time that the RSS chief has spoken on the issue, and his comments suggested that the ideological fountainhead of the ruling Bharatiya Janata Party (BJP) was distancing itself from a wave of movements by Hindu groups calling for a restoration of temples that were ostensibly replaced by mosques when the region was ruled by Muslim rulers.

Addressing the concluding ceremony of a month-long training programme of the RSS activists, Bhagwat said it was inappropriate to keep creating controversies, and suggested that Hindus and Muslims should accept the historical realities and facts without rancour.

Bhagwat also tried to distance the RSS from other agitations, saying the body was involved in the Ram Mandir issue in Ayodhya, and not in any other such movement. “If some people do not agree and knock on the doors of the court, we should honour the court verdict,” he said.

Bhagwat’s comments came days after BJP chief JP Nadda, in New Delhi earlier this week, said: “We have always been talking about cultural development. But these issues are dealt with in accordance with the Constitution and the ruling of courts. So, the court and Constitution will decide on it”.

The Varanasi court hearing the Gyanvapi matter adjourned the sitting till July 4, when arguments by the Muslim side will continue.

Reiterating the line that all the people of India came from the same stock, Bhagwat said that the ancestors of Indian Muslims, too, were Hindus. He added that Hindus accepted the bifurcation of a united India, paving the way for a Muslim country Pakistan.

“This means a large number of Muslims who stayed back in India, and did not opt to go to Pakistan, are our fellow Indians,” he said. “We have no opposition against any form of worship, we accept them all and consider all of them holy. They may have adopted that form of worship but they are descendants of our rishis, munis, Kshatriyas. We are descendants of the same ancestors.”

At the heart of the controversy is the Places of Worship Act, 1991, which locks the position or “religious identity” of any place of worship as it existed on August 15, 1947. The law itself was linked to the Ayodhya dispute, which flared and led to violence in 1991, and prompted the then PV Narasimha Rao government to bring the legislation in order to prevent similar disputes elsewhere. The law exempted the Ayodhya dispute.

The Supreme Court on November 9, 2019, ruled in the favour of the Hindu side in the Ayodhya dispute and a Ram Mandir is now being built at site where the Babri Masjid stood before it was demolished by a mob in 1992. The first portions of the temple are scheduled to be completed by the end of 2023.

Right wing groups have filed cases related to some of the other sites where they claim temples existed. The Hindu Mahasabha last month sought “purification” of the Shahi Idgah mosque to pray at what they say is the birthplace of Krishna.