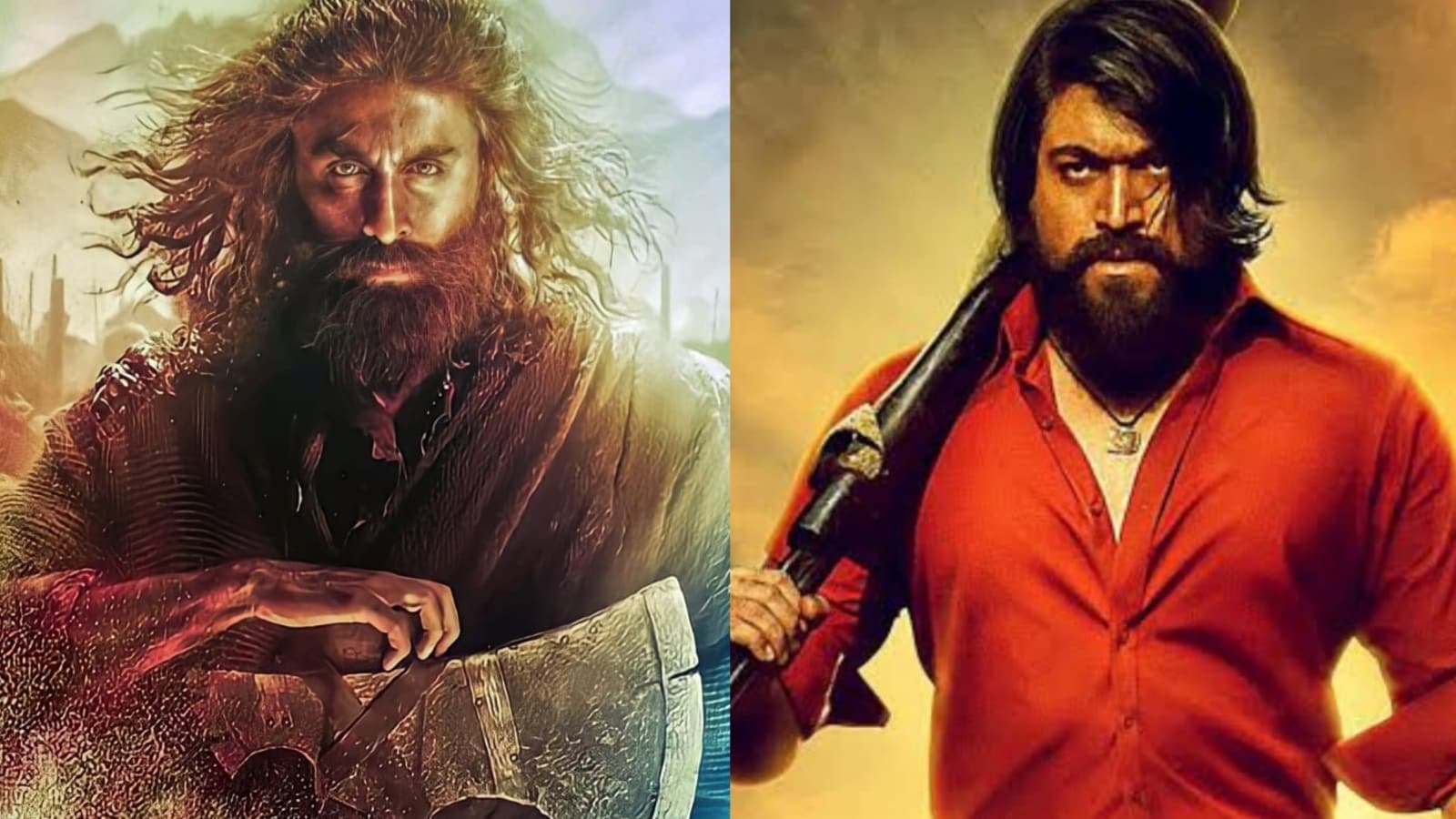 A poster, purportedly of Ranbir Kapoor in his look from his upcoming film Shamshera, has been doing the rounds on the internet all through Saturday. The poster shows Ranbir in a long flowing beard, holding an axe. While many have claimed the image is from the leaked poster of Shamshera, there is no clarity or official statement on whether the poster is genuine. However, it has still got fans excited with many applauding Ranbir’s different look. Also read: Shamshera teaser: Ranbir Kapoor, Sanjay Dutt, Vaani Kapoor give glimpse of dacoit’s intriguing tale. Watch

The poster shows Ranbir in a ragged look with robes and long hair and beard looking at the camera, resting his hand on a large axe. The text at the bottom says Shamshera: karam se dacait, dharma se azaad (dacoit by profession, free by nature). These same lines were delivered by Ranbir in the film’s official teaser, released in February. Ranbir reportedly plays a dacoit in the Karan Malhotra and going by that, the look does look on point. However, Yash Raj Films, the film’s production house, is yet to comment on the supposed leak.

The supposedly-leaked poster being shared online.

The picture was shared by a number of Ranbir’s fan clubs on Twitter and Instagram. One fan wrote, “Woah, this is mindblowing.” Another said, “Shamshera is gonna be the revival of Bollywood massy films.” Several fans commented how the look is so far from Ranbir’s usual ‘chocolate boy’ look. One comment read, “I always speculated whether Ranbir who has a chocolate boy type pampering able to mould himself as a dacoit.. but this looks so real. He has inherited acting.”

Many fans felt the bearded look of Ranbir was similar to Yash’s look in the Kannada blockbuster franchise KGF. “This has such Rocky Bhai from KGF vibes,” wrote one fan. However, several other fans wrote that Ranbir will outdo Yash in this look and make it his own.

The film has been described as a period action drama film, which will apparently see Ranbir play double role as both the titular character and his son. The film also features Ashutosh Rana, Saurabh Shukla, and Ronit Roy. Shamshera is set to release on July 22.