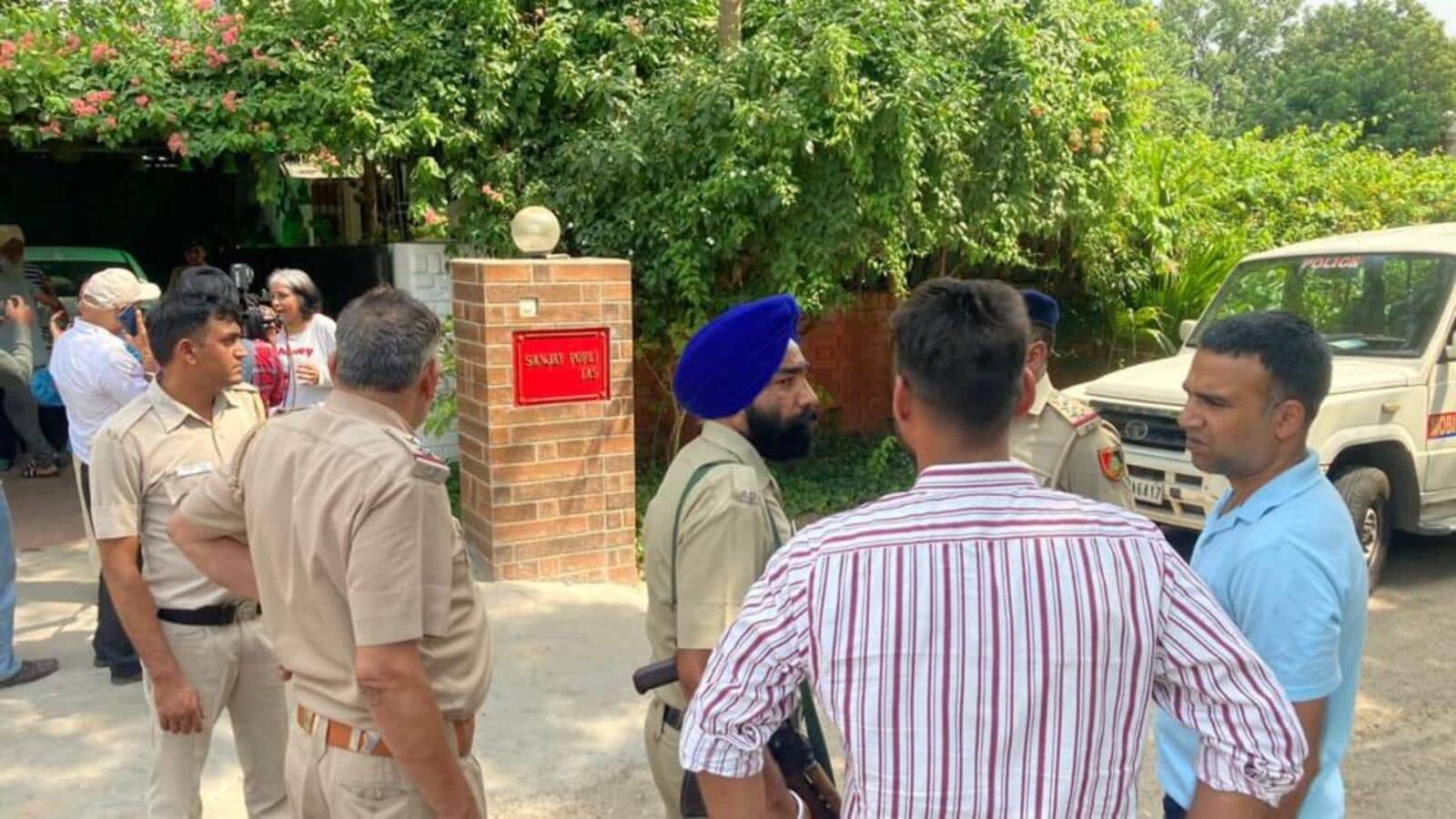 Kartik Popli, 26, the only son of senior Punjab IAS officer Sanjay Popli, who was arrested on Monday for corruption, died of a gunshot wound in the head while a team from the Vigilance Bureau was at their house in Sector 11 for a search on Saturday afternoon.

While Kartik’s mother, Shree Popli, cried foul, police claimed he shot himself in the head on the first floor of the house with his father’s licensed 7.62 mm pistol. The police said they had to break into Kartik’s room, before they rushed him to Government Multi-Specialty Hospital, Sector 16, where he was declared brought dead.

A law graduate from Panjab University, Kartik was a member of the Bar Council and preparing for the judiciary exam. He had left the house in the morning and returned with the vigilance team that had brought Sanjay for more recoveries.

He added that a vigilance team was at the house for investigation when a shot was heard, after which the body was discovered. Police have initiated inquest proceedings under Section 174 of the Code of Criminal Procedure.

A 2008-batch IAS officer, Sanjay was arrested in a case pertaining to allotment of tenders when he was posted as the chief executive officer of the Punjab Water Supply and Sewerage Board. Sandeep Wats, who was posted as the assistant secretary in the board, has also been arrested.

Chandigarh Police had also registered a case under the Arms Act against Sanjay on intimation by the Vigilance Bureau (VB) that had recovered 41 cartridges of 7.6 mm, two cartridges of .32 bore and 30 cartridges of .22 bore that were not endorsed on his arms licence during the search of his house.

Speaking to the media outside their house, Kartik’s mother, Shree Popli, claimed that the VB team “humiliated and tortured” her son. “First Sanjay was implicated in a false case and now they shot my son,” she alleged.

”I saw vigilance officials pointing a gun at Kartik’s temple. They had taken him upstairs to his room. They pushed me from the stairs and I heard a gunshot. Sanjay was on the ground floor. Our phones were taken away and I saw that he was being tortured and humiliated by the vigilance officials,” the inconsolable mother told reporters.

“The vigilance officials have been pressuring us and even torturing my domestic help to give false statements in support of the case they have registered. To build a false case, they snatched my son. Kartik Popli is gone,” said Shree, showing her son’s blood on her hands.

“I want justice. I will not wash my hands till I get justice,” said Shree, repeatedly crying “my son has been killed”.

Other family members alleged that an argument had also taken place between the VB team and Kartik.

He added, “We learnt about the death while on our way back to Mohali with Sanjay.”

Another official said they never called Kartik for questioning: “He used to come to meet his father, which we would allow whenever there was time.”

They killed my son in front of me, claims Sanjay Popli

On the way to Mohali, Sanjay felt unwell and was taken to the civil hospital in Phase 6, where doctors further referred him to Government Medical College and Hospital (GMCH), Sector 32.

Taking to mediapersons while being shifted, Sanjay claimed, “They killed my son in front of me. I am an eyewitness…it’s murder. They will kill me.”

Sanjay’s lawyer Matvinder Singh said he was due to appear before a Mohali court on Saturday and a VB team had visited his house. “Later, I got a call from him, informing me that Kartik has been shot,” he said, adding, “We will submit an application before the court to allow him to attend his son’s cremation.”

AAP state chief spokesperson Malwinder Singh Kang said during the vigilance raids, gold, silver and cash worth crores were recovered from Sanjay’s house. “The corruption of the IAS officer had a bad effect on his son. All corrupt people need to learn a lesson from this incident that corruption is ruining their families,” he said in a statement.

Kang also slammed the opposition parties for standing in favour of a corrupt person. “The opposition should not do politics on this matter,” he said.

Terming the incident “shocking”, Punjab Congress president Amarinder Singh Raja Warring tweeted, “Making law take its own course & dramatising the process for vested interests that cost a precious life is unpardonable. Who will bring back Kartik?”

Warring, along with leader of opposition in Punjab assembly Partap Singh Bajwa and several other party leaders, later also visited the IAS officer’s house to express condolences to the family.

Through the search of the storeroom at the IAS officer’s house, the Vigilance Bureau recovered over 12 kg gold, 3 kg silver, four Apple iPhones, one Samsung phone and two Samsung smartwatches.

The bureau’s official spokesperson said based on Sanjay’s statement, a VB team conducted a raid at his house and recovered the gold, silver and mobile phones concealed in the storeroom of his house.

The articles recovered from the storeroom of the IAS officer’s house in Chandigarh. (HT)