Kashmiri music and its future 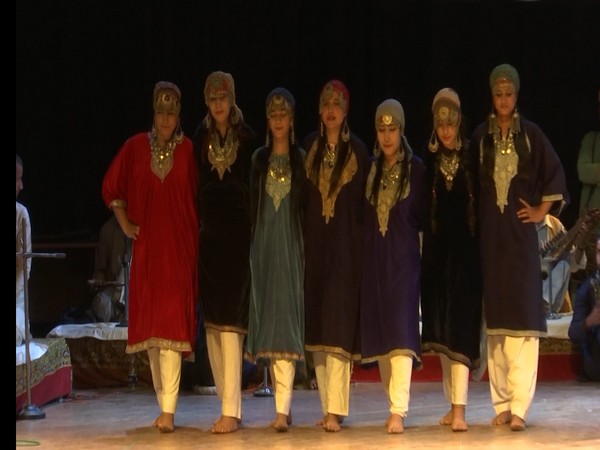 Kashmiri music falls under the category of mystical music, which is performed by musicians from several Kashmiri Gharanas.

The number of people who practice this music tradition has fallen in recent decades.

The remaining artists like Mushtaq Ahmad Saaznawaz (from Danamazar Safakadal’s seventh generation of the Saaznawaz family), are afraid of the same fate.

“To my mind, the sound is the purest form of music, uncorrupted and unburdened by any extraneous elements,” says Mushtaq Ahmad Saaznawaz.

Another popular form of music is the “Sufiana Mausiqi”.

It is a type of choral vocal music in which five to twelve musicians sing together to the accompaniment of Santoor, Saaz-e-Kashmir, Kashmiri Sehtar, and Tabla.

Persian Maqams are utilized instead of Raga. The songs’ lyrics are mystical Sufi poems written in Persian and Kashmiri.

Maqam is the foundation of Sufiana Mausiqi’s music.

Within the framework of the Maqam, as with the ragas, a musician is free to develop and produce variants and inner colors.

A Sufiana Mausiqi performance always begins with a Shakal, or instrumental prelude.

It’s similar to Hindustani music’s Chalan or first Alaap, which is sluggish and introduces the song’s topic.

The Shakal, unlike Hindustani Alaap, is an instrumental interpretation of the Maqam’s basis (or structure).

It normally lasts anything from a half-minute to two minutes. It is frequently played on Santoor by the ensemble’s leader. Artists may occasionally join him.

The shake is frequently followed by Nasr, a short song in which the Lalle-Vaakh couplets of Lalleshwari are sung.

The form is identical to the poem’s form.

It’s worth noting that the longest talas are performed first, followed by the shorter talas.

Current state and the reason for the decline

The musical tradition of “Sufiana Mausiqi” has been fading due to the socio-political-economic changes in Kashmir.

It used to be widely practiced throughout the valley as of now only a few artisans are left to carry on the tradition.

It is difficult for the remaining ustads (master musicians) to keep the tradition alive. Many Maqams and Talas have been lost in the shuffle.

Sufiana Mausiqi was once affiliated with a dance form known as Hafiz Nagma.

“Hafiza,” a female dancer, would express the song’s message with varied hand gestures and body motions.

This dancing style is no longer in use. Hafiz Nagma is claimed to have been a key member of the Sufiana ensemble as late as 1920.

After this period, this dance form started declining rapidly and finally became extinct.

Late Pandit Bhajan Sopori, Santoor Maestro and Music composer had stated: “The decline of Sufiana Mausiqi is actually due to the loss of patronage and low economic incentive. People did not want to take the risk of letting their children learn an art form that doesn’t provide economic security.

Regarding the current situation of Sufiana Mausiqi, Mehrajuddin, Former Additional Secretary for Jammu & Kashmir State Cultural Academy, said, “Sufiana Mausiqi developed in the royal courts at the time of the Sultanate period and also under Maharajas.

“As soon as the rule of Kings and Maharajas was over in India after 1947, Sufiana took refuge in the Mehfils of music lovers, shrines, and continued journey.

“The lovers of this music would organize frequent Mehfils at their homes on Thursday, Friday, and Saturday, resulting in which the artists would get compensation. Sufiana artists were even booked for marriages during this period.”

Everything changed with the arrival of modernization and globalization.

People’s musical tastes evolved as well, and they began to prefer light musical genres such as Chakri, Ghazal, and Pop music.

As a result, Sufiana was pushed to the margins.

Kashmir’s music is diverse and rich; it has its own classical music, Sufiana Mausiqi. Chakri, Ruff, Ladishah, and Bandh Pather are other types of traditional music in the region, and they are associated with festivals, weddings, harvests, and ministerial songs.

Music unites people from all walks of life, across boundaries, languages, and cultures.

Learning about the historical significance of a music tradition can help one comprehend the people of a particular location and their heritage.

Experts like Mushtaq Ahmad Saaznawaz (who have also started training youths by setting up their institutions and teaching the students for free) suggest that the classical music of a region like Sufiana Mausiqi should be introduced to the children from a young age.

And it should be taught in schools, he suggested.

Those learning Sufi/classical music should get scholarships to complete their training, he said.

These scholarships and reward-based approaches would encourage interested people to continue their learning and can attract a new audience to delve into the world of Sufiana Mausiqi.

This way, the tradition can be ensured to last and expand to other realms and across borders.