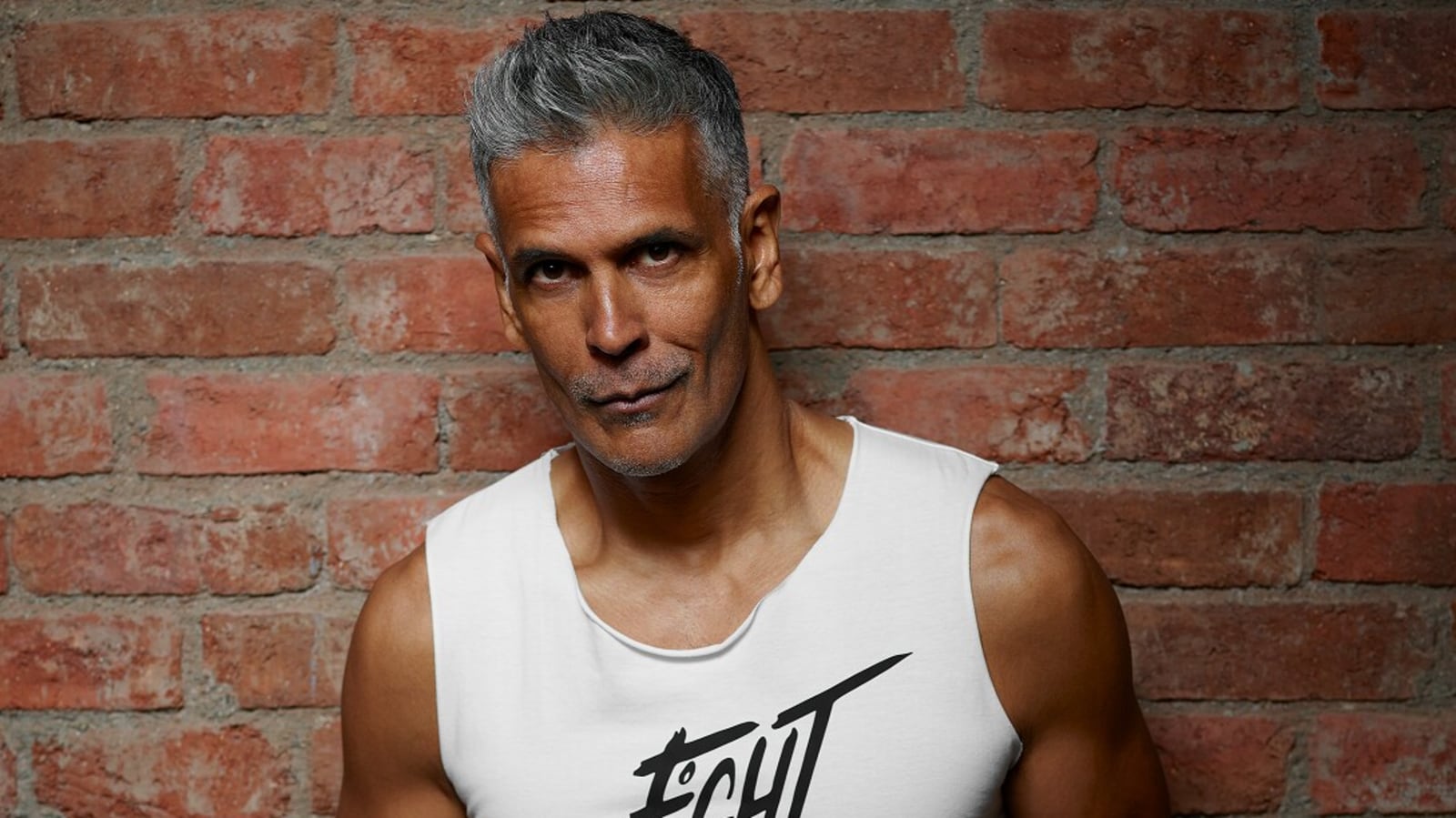 Model, actor, and producer Milind Soman is often regarded as one of the fittest people in the entertainment industry, and is definitely not someone people will perceive as lazy. However, Milind recently confessed that he is rather lazy, and has to fight it every day in order to remain fit. Also Read| Milind Soman reacts to FIR against Ranveer Singh

Milind will be participating in a 5km run at Jawaharlal Nehru Stadium in Delhi on Sunday, July 31. The run, titled Lifelong Fight Lazy Run, is part of his ‘Fight Lazy’ movement where he urges people to fight their lazy selves and push themselves to be their fittest versions. After a successful run in Mumbai, Milind is planning to run with the people in Delhi, and has plans to organise a run in Bengaluru as well.

Milind spoke to Hindustan Times about his ‘Fight Lazy’ movement, and claimed that he is also lazy like every other person. He said, “Everybody has this thing about laziness. The reason I took it up is it’s difficult for people to imagine that I am lazy, and I tell people that I am very very lazy. The reason I like to be fit is that I am lazy. Life is very tough, you never know what’s gonna happen tomorrow. You have to be prepared for it. So if I want to deal with those things easily, I need to be fit mentally and physically. The first step is to fight this part of us that makes the excuses. Like ‘I don’t like to wake up early,’ which is my excuse. I hate waking up early. When I run, I run 10 O’clock in the morning. The biggest thing that the pandemic taught us, is that people with underlying health issues are more at risk. So you’ve to start taking care of your health, not only physically but also mentally. And when you do that, the first thing you have to do is stop making excuses.”

Milind also said that contrary to how it may seem, he doesn’t follow an extensive workout regime, and hardly ever goes to the gym. He said, “The idea of Fight Lazy is that everybody is lazy, including Milind Soman. He fights it everyday, you can also fight everyday. And the second thing is, to choose an exercise to start with, that you don’t hate…I exercise for 10 or 15 minutes every day and people think I am really fit. I don’t go to the gym, I have never been to the gym as a routine to work out. That’s what we want people to understand that it’s not difficult, and you can do things to make it enjoyable.” The model also recalled how when he cycled from Baroda to Delhi– 1000 kms in 6 days, he found waking up in the morning rather than cycling the biggest challenge for him.

Milind revealed that not only he just works out for only 10-15 minutes a day, but he also doesn’t impose a lot of dietary restrictions on himself. He said, “I don’t have cheat days because I have no restrictions. I have no diet. I eat everything. Whatever you put in front of me, everything. I just focus on a few things sometimes like I need to eat a lot of vegetables, and a lot of fruits, but I eat everything else. I eat sweets, chocolates, pastries, pizza, hamburgers, anything.”

Milind doesn’t spare any chances in encouraging his fans to be fit, so much so that he started asking them to do push-ups in exchange for selfies. However, the actor revealed that he was surprised when people obliged the demand, as he had a different intention in his mind when he started the movement.

He said, “The reason I started it, some seven or eight years ago, was when this craze about selfies started. Everybody wanted to have a selfie, and even today it’s like crazy. And I don’t like taking pictures, unless I am paid. I was like I don’t want to say no. It’s not nice to say no, especially if people like you. So I say if you want a picture with me, you have to do something for yourself first, and make this experience more meaningful. Do 10 pushups for girls, 20 for boys minimum. For me, it becomes more enjoyable because I am seeing somebody do push-ups and I’m very happy, and I am happy to take the picture with them. For them, it is an experience. If they are able to it easily, they feel very good about it. If they are not able to do it easily they start thinking ‘shit, i should be able to do this, but I can’t. Maybe I need to start.’ I thought everybody would say no, so I won’t have to take any selfies. Surprising, almost 95 to 98% of people say yes. Wherever they are, be it airport, railway station, or highway, they do it, which I am happy about.”

Milind will be next seen on the screen in season 3 of the Amazon Prime Video series Four More Shots Please. He was recently seen in the music video of Akasa and Aastha Gill’s Shringaar, which marked his first appearance in a music video since the 1995 song Made In India by Alisha Chinai. However, Milind explained that he doesn’t count it as a comeback, as he shared why there was such a long gap between the two videos.

He said, “It was just a music video. It all depends on who asks. I am not a singer, I am just a prop. In the intervening years, pop kind of took a different route. Hip-hop and rapping came along. There were a lot of male singers. So I don’t think they would have wanted me in their videos. At least I don’t think they did, so they didn’t call me. And then these two girls wanted me in their video, and I liked the song. And I liked their first song which was Naagin, and I thought okay, why not? First I was a little surprised because it’s a little unusual to have somebody of my age with grey hair and a beard in a music video that is supposed to be about seduction. So I was a bit surprised but happy. It was a great experience.” Also Read| Aastha Gill reveals Akasa is a ‘hardcore fan’ of Milind Soman

Milind emerged as a fitness icon in recent years, but he has been fit throughout his life. He started swimming at age of 6 and represented Maharashtra as well as India at competitions. Asked what he thinks about the wide recognition he has received in recent years, he said, “I have been fit my whole life, since I was a child. I was always fit, but the recognition of that fitness came after the age of 50. Around that time, people were getting more aware of what is fitness, that they need to make an effort to be fit, and that even if you are 40 or 50 you can still start to be fit. So then they saw me at that time and said ‘oh Milind Soman is still fit and he’s 50 years old.’ So then it became a thing. It was not that I suddenly became fit. People suddenly started giving importance to fitness.”