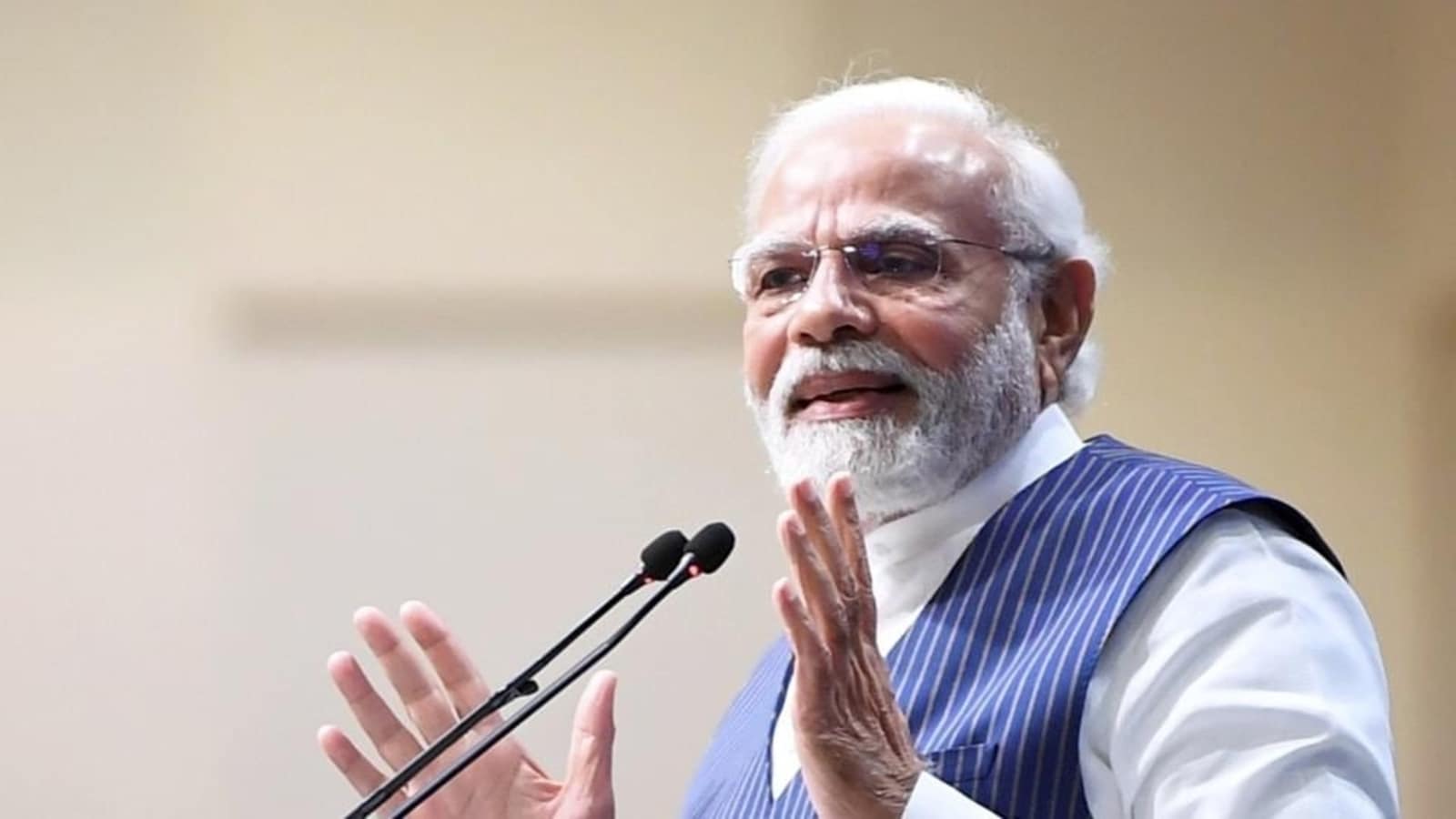 Prime Minister Narendra Modi on Monday expressed concern over the increasing tendency in political organisations to put their ideologies above that of the country’s, and said that parties should be mindful of the fact that opposing a rival or an individual should not go against the nation’s best interests.

“Ideologies have their own place, and so do political ambitions. But the fact remains that country is first, society is first… Rashtra Pratham,” he said in a virtual address at a Kanpur event.

The tendency of putting ideologies and personal interests before that of the country’s is gaining momentum, the prime minister warned.

“Many a times, opposition parties place obstructions before the government because they could not implement decisions when they were in power. Now, when these [initiatives] are implemented, they oppose. It is the duty of all political parties to be mindful that opposing a party or a person does not become a voice against the country,” he said.

Most political parties, particularly the non-Congress ones, have fulfilled this thought of keeping the country first in true spirit, he said, adding that non-Congress parties followed the principle of support and coordination.

“During the 1971 war, the opposition parties supported the government of the day and strongly sided with the Centre after the (first) Pokhran nuclear test in 1974. Then, they came together to save democracy and the country when Emergency was imposed,” he said, adding that political parties must know they exist because of democracy.

Terming the swearing-in of India’s 15th President Droupadi Murmu as a big day for democracy, Modi said that after Independence, this is the first time a tribal woman will lead the country.

Underlining the importance of social justice, the prime minister said this is testament to the fact that all sections of society get equal opportunities. “Unless the Dalits, tribals, women, physically challenged are empowered, the country cannot move ahead. We need to embrace social justice and accept the essence of it to serve society,” Modi said.

The prime minister made the statements while addressing a programme to commemorate the 10th death anniversary of Harmohan Singh Yadav, a close confidante of Samajwadi Party founder Mulayam Singh Yadav.

PM Modi attending the event is seen as a push to the ruling Bharatiya Janata Party’s ‘Mission 2024’ plans for the general elections.

He said that Harmohan Singh started as a gram pradhan and rose to a point where he could drive Uttar Pradesh politics from his village.

“He kept working on the propagation of Ram Manohar Lohia’s ideology. His contribution to society and politics will keep guiding and inspiring future generations,” he said, adding that Yadav was a champion of farmers’ rights and raised his voice against Emergency.

Harmohan Singh Yadav took a brave stand against the killing of Sikhs (during the 1984 riots) and fought for them to save their lives, risking his own, the prime minister said.

“The country acknowledged his leadership and awarded him Shaurya Chakra,” he said.

The Kanpur event was organised by the Yadav Mahasabha, which was formed in 1930 with the intention to bring about social reforms. Harmohan Singh’s family has been in authoritative positions of this organisation, spread across the country, since the 1960s.