India and Pakistan can face each other three times in Asia Cup 2022. Here’s how 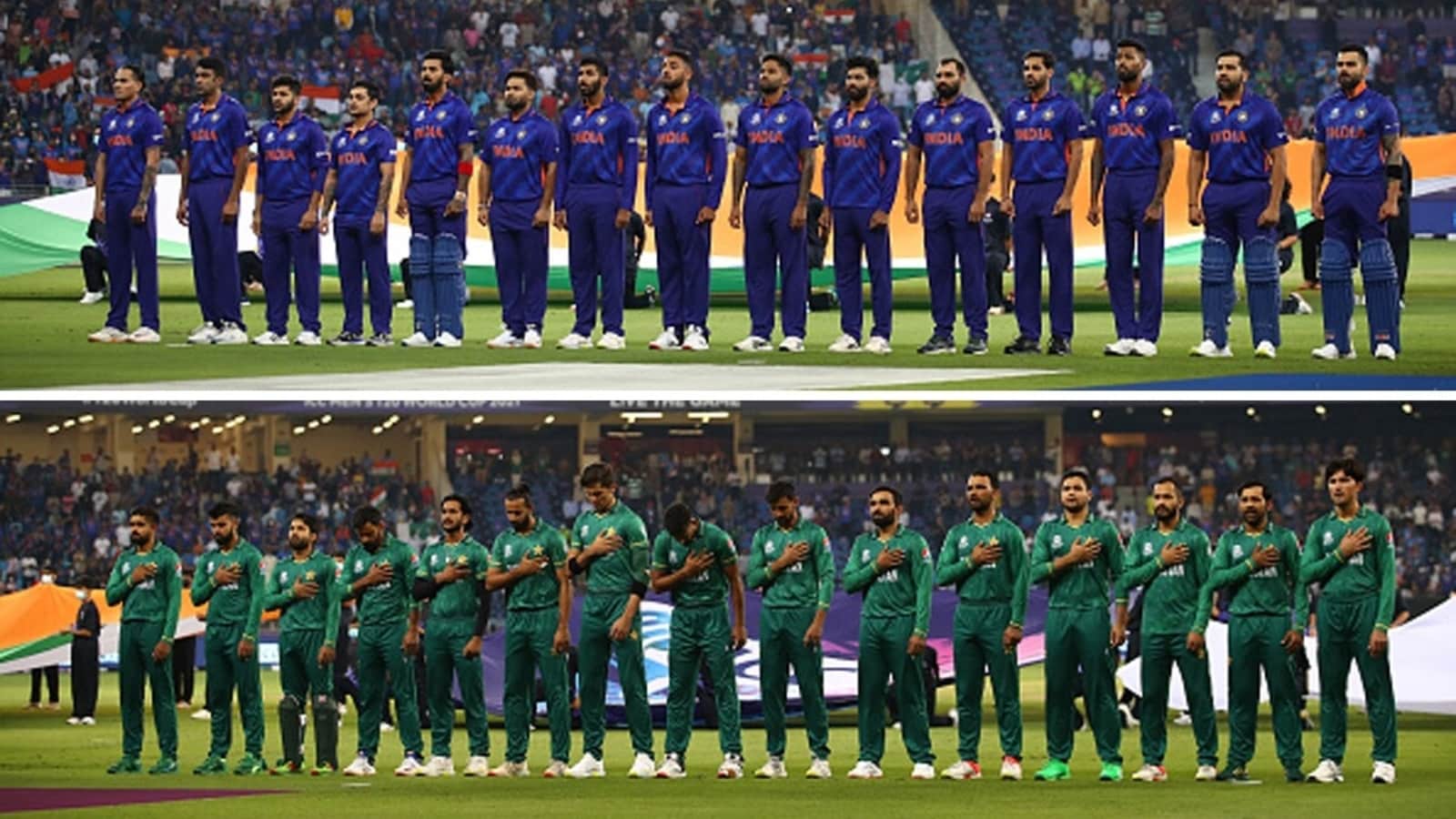 After a nine-month long wait, India and Pakistan will finally rekindle their cricketing rivalry when the two sub-continent giants path cross paths at the Asia Cup 2022 starting August 27. And if everything goes according to plan, the blockbuster tie can end up taking place, not once, not twice but a total of three time within 15 days. Despite all the raging rivalries around the world, there is nothing quite like India vs Pakistan, and there is a strong likelihood that the world gets to see a trifecta of this mouth-watering clash as per the schedule announced on Tuesday.

Here is how it can happen. India and Pakistan are placed in A, along with a qualifying team. Besides the original India vs Pakistan tie that takes place on August 28 at the Dubai International stadium, the two teams are likely to lock horns after exactly a week in the Super 4s. As two teams qualify from each teams, India and Pakistan are likely to beat the other qualifying team from their Group, and provided there are no upsets, the two teams will face off on September 4, which will pit the top two teams of Group A.

That was one scenario which certainly is believed to come true. Now to the other possibility, which is not going to be that easy. On current form, India and Pakistan are two of the strongest teams in the world, and despite stiff competition from improving teams such as Sri Lanka, Bangladesh and Afghanistan, Rohit Sharma and Babar Azam’s units are expected to get the better of them.

Sri Lanka are no pushovers – in in fact, India would be aware that SL beat them in a Champions Trophy 2017 match – whereas Afghanistan is a gun team and Bangladesh are more than capable of beating top teams frequently. But at ICC events, India raises their game to the next level, which is why the possibilities of either them or Pakistan taking a defeat at the hands of other teams is theory that is a little far-fetched. Since there are no semifinals in the format, with only the Super 4s deciding the finalists, the top two teams after the round will play the summit clash on September 11, which are expected to be India and Pakistan.

Asia Cup 2022 will mark the first time India and Pakistan will do battle on a cricket field after their T20 World Cup clash last year. In the highly-anticipated contest, Pakistan defeated India by a staggering 10 wickets. It was their first win over India in a World Cup in any format – T20Is or 50-overs.