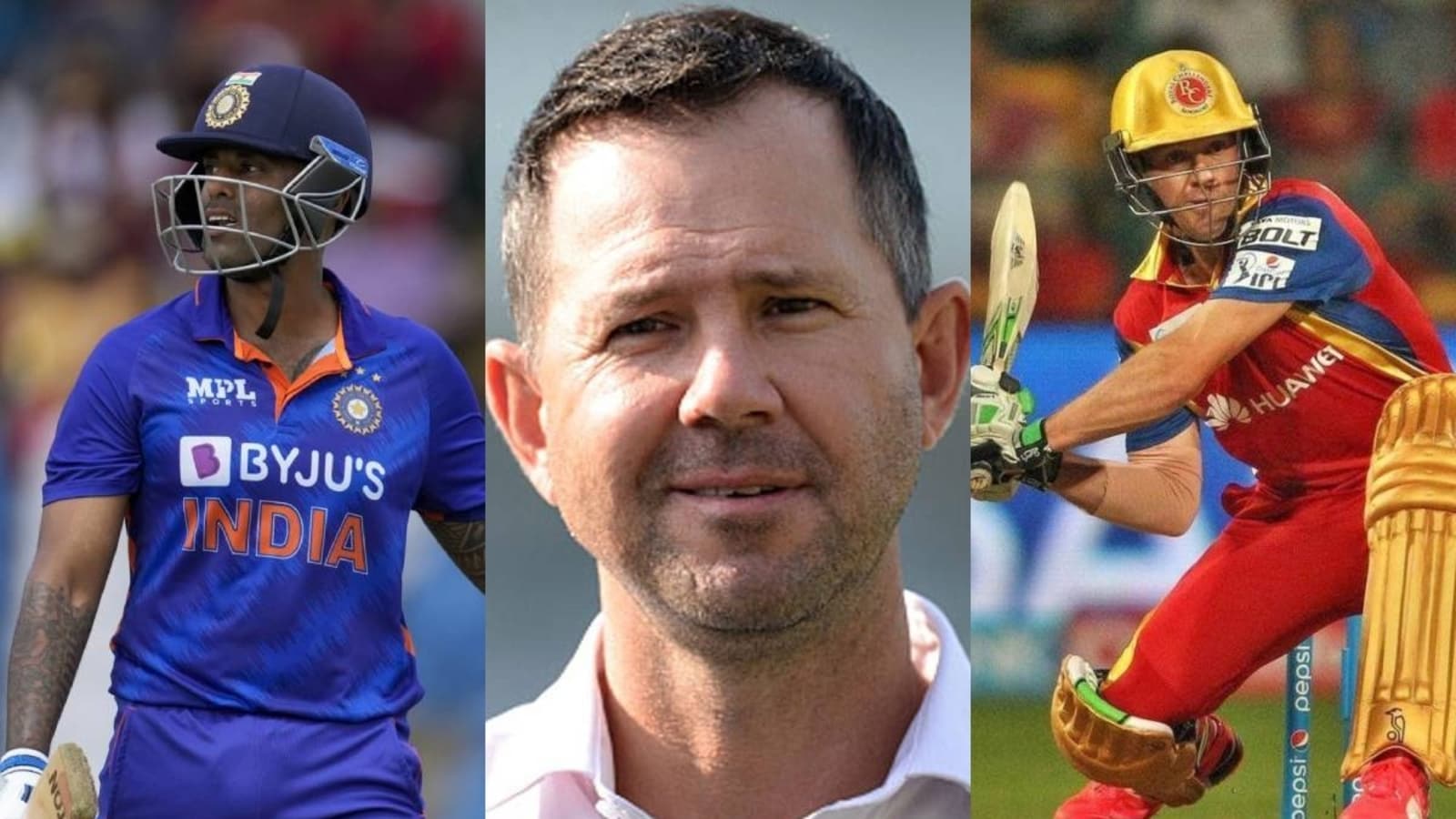 Former Australia captain Ricky Pointing was on Monday full of praise for India batting star Suryakumar Yadav, who ranks second after Babar Azam in ICC list of batters in T20I cricket. In his discussion over Suryakumar’s ideal batting position in the playing XI in the India T20I side for the Asia Cup and T20 World Cup, Ponting compared the batter with AB de Villiers. However, the comment did not go down well with former Pakistan captain Salman Butt who mercilessly trolled the Aussie legend for his comparison statement.

Speaking on The ICC Review, Ponting hailed Suryakumar’s pyro technique abilities with the bat in T20 cricket and hence compared his 360-degree style of batting with that South Africa legend De Villiers.

“Surya (Yadav) scores 360 degrees around the ground, a bit like an AB de Villiers did when he was in his actual prime. The lap shots, the late cuts, you know, the ramps over the keeper’s head. He can hit down the ground,” he had said.

ALSO RE: ‘Will cricketers mainly be playing the IPL? Is this what we’re going to have?’: Kapil Dev’s hard-hitting statement

However, Butt, speaking on his YouTube channel, ridiculed Ponting for comparing the India batter with De Villiers. Butt believes that world cricket has never seen a batter of De Villiers’ capacity and felt that the former Aussie cricketer should have rather waited for Suryakumar to prove his worth in big tournaments before making this comparison.

“Even Suryakyumar would realise that the comparison was a bit too much. Suryakumar has just started playing international cricket. He is talented and has played some very good knocks. But straight to AB de Villiers? Ponting should haved waited a bit more. Suryakumar is yet to play in big tournaments. Fact is nobody ever has played cricket like De Villiers. You can maybe compare him with Viv Richards,” Butt said.

“I don’t think any player like that has even picked up a bat in recent years. The impact has to be of that level that oppositions know that if you cannot dismiss him you cannot win the match or someone who posses the skill of making an incredible turnaround in a game. I feel no one in even recent history has ever played like him. There is Root, Williamson, Kohli as well who has been world no.1 batsman and has scored incredible hundreds, Rohit Sharma as well. But you skip all these names and straightaway jump to De Villiers…maybe Ponting suffered a jet lag.”