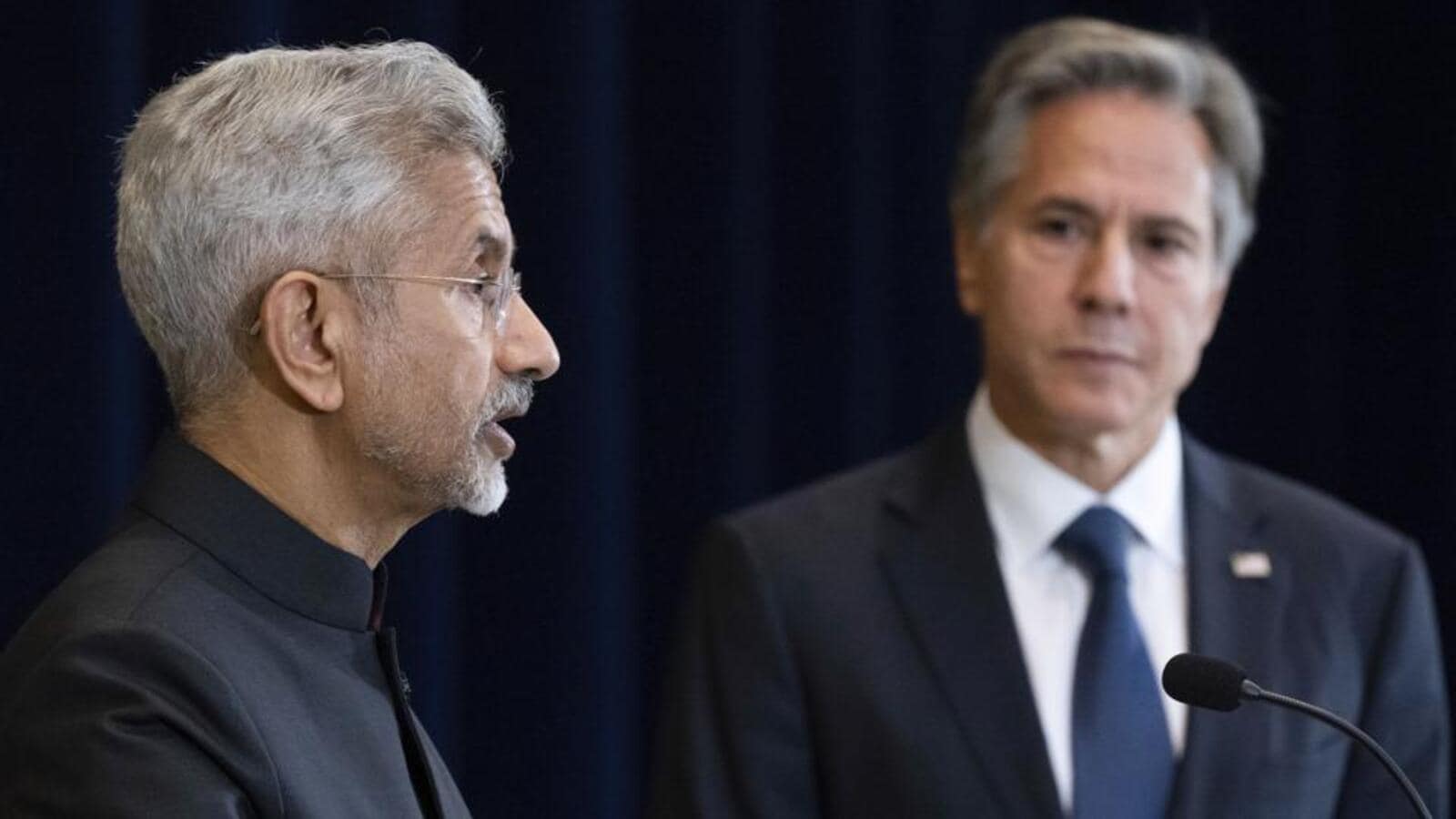 India has flagged to the US the serious problems being faced by Indian citizens, especially professionals and tourists, in obtaining American visas, with applicants facing long wait times and some being provided interview dates in 2024.

The matter figured in a meeting between external affairs minister S Jaishankar and US secretary of state Antony Blinken in Washington on Tuesday, with India raising the issue of visa delays and hurdles in human mobility and the US promising action within months.

The US focused on visas for Indian students over the past few weeks, especially in view of the start of courses at US educational institutions from September onwards, and the problem now is mainly with the H, L and B categories of visas, including the coveted H-1B2 visas, people familiar with the matter said.

The Indian side has also taken up serious issues with visa applications for the UK, Canada and European countries such as Germany that are popular with Indian students and tourists, the people said. The external affairs ministry has received numerous submissions, mainly from students and business travellers, about the visa delays.

The US is now looking at various measures to cut down delays, including the deployment of more officers and possible waiver of interviews for Indians previously issued US visas, the US embassy spokesperson said.

Following the meeting with Blinken, Jaishankar told a joint news conference the issue of visas is crucial because of its centrality to education, technology, business and family reunions. “There have been some challenges of late and I flagged it to secretary Blinken and his team and I have every confidence that they will look at some of these problems seriously and positively.”

Blinken responded by saying he is “extremely sensitive” to the issue, and this is a challenge being faced by the US around the world due to the Covid-19 pandemic. “Our ability to issue visas dropped dramatically during Covid and…this is the one self-financing part of the of the state department,” he said.

Fees collected for visas determine the capacity to put in place people to process applications and the US has a plan to address the backlog of visas in India, he said. “When Covid hit, the demand for visas fell through the floor, visa fees went away, the system as a whole suffered…in actually issuing visas, even with much more limited resources, we had constraints from Covid about the number of people we could have in our embassies at any one time,” he added.

According to the US state department’s website for visa appointment wait times, applicants in New Delhi for the B-1 business visa and B-2 tourism visa face an estimated wait time of 833 days, or more than two years, to receive an interview appointment. The time at the consulate in Kolkata for these visas is 767 days, and the figure for the consulate in Mumbai is 848 days.

In contrast, the wait time at the US embassy in the Chinese capital of Beijing is two days, while the wait time in the Bangladesh capital of Dhaka is 545 days. Applicants for student and other non-immigrant visas in Dhaka face a wait time of 72 days and 43 days respectively, compared to 430 days and 390 days in New Delhi.

The people cited above cautioned these estimated wait times are more in the nature of “place holders” and the actual time taken could be shorter. “But the bottomline is that there is an issue and this comes in the way of the strong people-to-people ties between India and the US,” one of the people said.

Expanding on the plan referred to by Blinken, the US embassy spokesperson said that the US state department has “made aggressive plans to staff up all Mission India posts to their highest levels ever” to cope with the backlog.

“We are training and onboarding new officers, and consular facilities are being upgraded as well, with a new expanded facility opening in Hyderabad in the coming months. Consular Team India is also making use of new authorities that increase processing efficiency, including expanded interview waiver authority for previously issued applicants,” the spokesperson said.

“In practice, what this means is that tens of thousands of appointments are yet to be opened between now and the ‘next available’ date currently showing in the system,” the spokesperson added.

The US mission is “working tirelessly to overcome the processing disruptions of the past two years”. While the mission remained open for the majority of the Covid-19 pandemic, the number of applicants that could be accommodated per day was constrained by local limitations, including lockdowns and social distancing requirements.

“By prioritising students this summer to ensure they arrived at school on time, we were able to issue a record of over 82,000 student visas. As a result, more Indian students are headed to the US this year than from any other country,” the spokesperson said. The processing of all categories of immigrant and non-immigrant visas, for both first-time and returning applicants, has also resumed.

A diplomat from a European nation, who didn’t want to be identified, said many European states simply were not prepared for the deluge of visa applications from Indians this year following the easing of Covid-19-related travel restrictions. “There was also the issue of coping with a sudden surge in visa applications from Ukrainians following the Russian invasion, and this had a knock-on effect on the overall visa systems of many countries,” the diplomat said.

With the UK experiencing unpredictable demand for visas globally, standard visit visas take an average of seven weeks to process, while student visas are processed within three weeks.