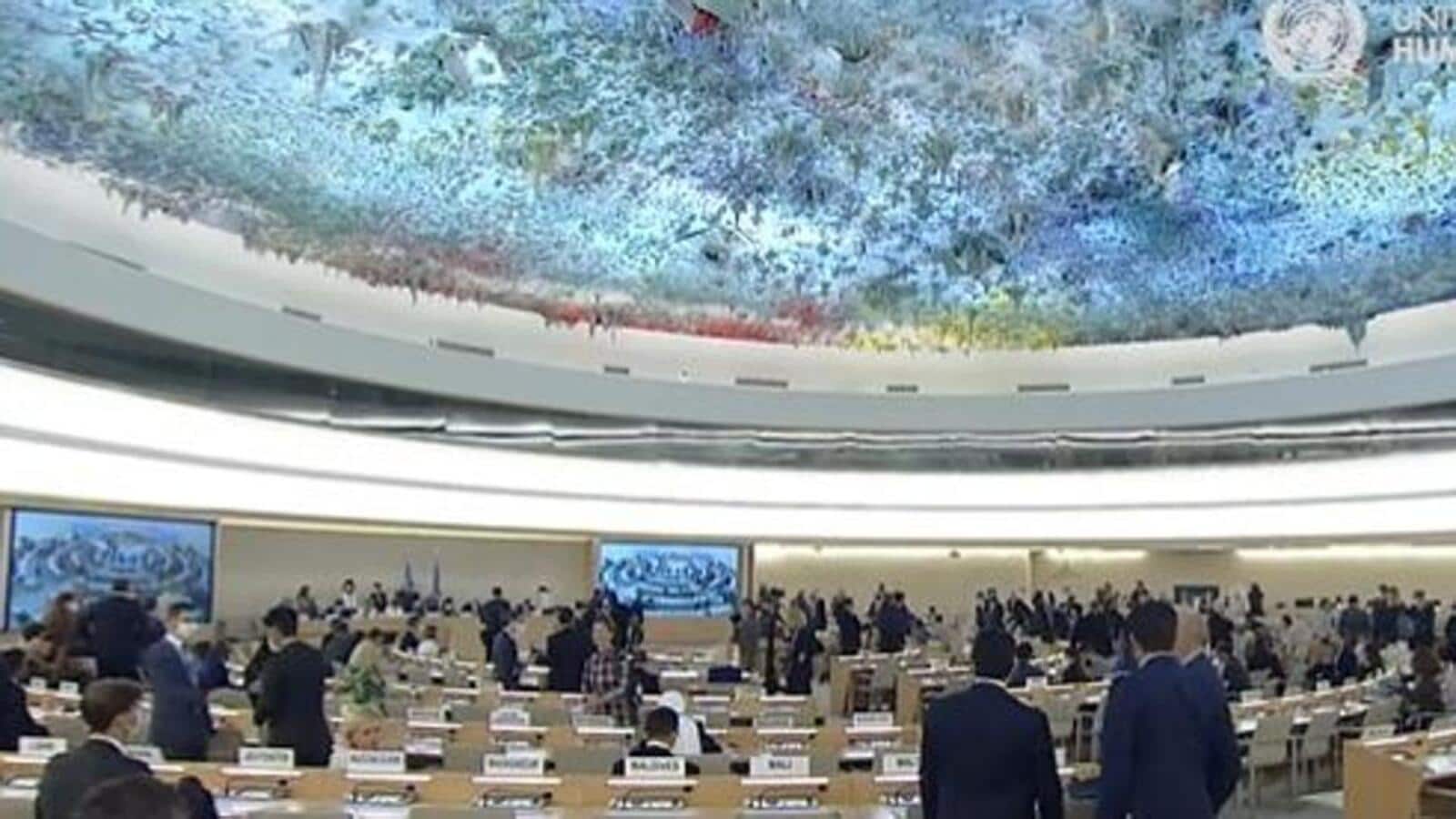 India on Thursday abstained on a resolution at the United Nations Human Rights Council (UNHRC) promoting human rights in Sri Lanka but urged the government in Colombo to deliver on commitments towards the Tamil minority.

India also abstained on a draft resolution at the UNHRC calling for a debate on the human rights situation in China’s Xinjiang region.

The Indian side didn’t offer an explanation for its decision to abstain from the draft resolution seeking a debate on the human rights situation in China’s Xinjiang region.

The ultimate vote went in favour of China, with 19 members of the UNHRC opposing the resolution and 11 members, including India, Malaysia and Ukraine, abstaining.

The resolution was supported by France, Germany, Japan and the Netherlands. Twelve of the 17 OIC member states with representation in the UNHRC also voted in favour of China on the resolution on Xinjiang.

People familiar with the matter said India has traditionally voted against or abstained on such country-specific resolutions at the UNHRC. It is understood that China’s presence within the UNHRC was a factor in the decision since any backing for the Xinjiang issue by India could have led to similar moves by China on other issues.

The draft resolution on the situation in Xinjiang was presented by a group comprising Canada, Denmark, Finland, Iceland, Norway, Sweden, the UK and the US, and was co-sponsored by other countries such as Turkey.

The resolution was a follow-up to a recent report by former UN High Commissioner for Human Rights Michelle Bachelet that exposed a wide range of human rights violations in Xinjiang.

While explaining India’s vote on the resolution on promoting reconciliation, accountability and human rights in Sri Lanka, Indra Mani Pandey, the country’s permanent representative in Geneva, said that the progress made so far by the Sri Lankan government to meet the aspirations of the Tamil minority “remains inadequate”.

“In finding a lasting and effective solution for peace and reconciliation in Sri Lanka, India has always been guided by the two fundamental principles of support to the aspirations of the Tamils for equality, justice, dignity and peace and unity, territorial integrity and sovereignty of Sri Lanka,” Pandey said.

“While we have taken note of the commitments by the government of Sri Lanka on issues of implementation of the commitments in the spirit of the 13th Constitutional Amendment, meaningful devolution and the early conduct of provincial elections, we believe that the progress towards the same remains inadequate,” he said.

“Accordingly, we urge the government of Sri Lanka to work meaningfully towards early implementation of these commitments,” he added.

Pandey also noted that India has “substantively contributed” to the relief, rehabilitation, re-settlement and reconstruction process in Sri Lanka since 2009. Since January this year, India has “provided unprecedented assistance” to the people of Sri Lanka to face the challenges of the recent economic crisis, he said.

Achieving prosperity for all Sri Lankans and “realising the legitimate aspirations of Tamils of Sri Lanka for prosperity, dignity and peace are two sides of the same coin”, Pandey pointed out.

Twenty members of the 47-strong UNHRC voted in favour of the resolution on Sri Lanka, while seven opposed it. Twenty members, including India, Japan, Indonesia and Malaysia, abstained.