Kashmir is in the focus of PM Modi: He’ll set the right direction for it 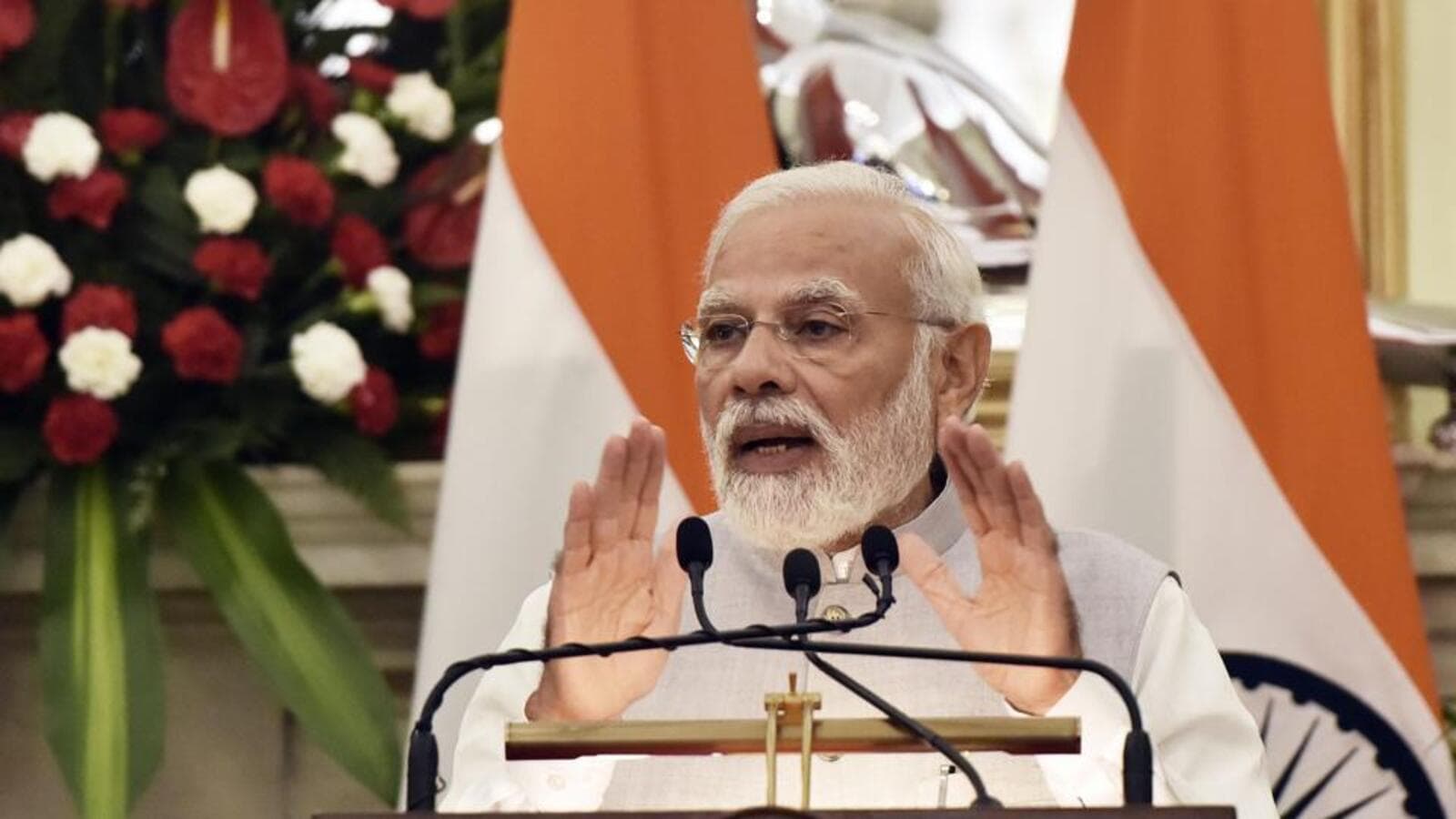 NEW DELHI:
Delivering the keynote address at a seminar in Delhi today, Bhan said the PM’s statement, “Dil ke doorian aur Delhi se doori ko mitani hai“, is intended to set right the Kashmir turbulence. The process of reaching out with genuine development and the benefits of pro-people schemes to the last common man in the remotest areas is a laudable manifestation of the Modi government’s for the Union Territory of Jammu & Kashmir.
Bhan said Kashmir has been in turbulence with continuing unrest for the last few years and a sizeable number of local youth are driven for recruitment to militancy.
Kashmir is on the boil perpetually for more than three decades. The “wolf of mayhem” continues to consume human lives, the Senior Advocate said. Anti-terrorism units of the Army, the J&K Police and other operational security forces and agencies are terming the elimination of terrorists and fewer arrests as a major success in anti-terrorist operations. It indeed is, but with a caveat.
The collateral damage-the death of civilians and security personnel and damage to individual properties-is painful. The subtle support of Overground Workers (OGWs) to militancy contributing to selective killings of innocent citizens should worry all citizens and the government, Bhan said.
Terrorism has rendered the state, especially the Kashmir Valley, without liberty and individuality. It has devastated the economy, education and normal living pattern, the plural ethos, and imperilled institutions, he said.
“The societal psyche is turning cynical and despondent and that is what Pakistan and militancy have managed to do with the people of Kashmir. In the name of self-determination, people have no voice of their own and the emotions are controlled and charged by proxies. People know the disastrous consequences of the harm Pakistan and terrorists have done to the current and future generations of Kashmir. But the anti-India sentiment that has grown over the years is so strong that people refuse to see the logic,” Bhan said.
PM Modi’s outreach with people is intended to address the attitudinal, socio-cultural, political and economic grievances of the people to win the hearts and trust of the people and let the menace of terrorism be handled by professional security forces.
Bhan added that another pressing issue is of the reversal of exile of Kashmiri Pandits, the natives living in exile for last 33 years. There is consensus in the political spectrum for their return, rehabilitation and political empowerment back in the Valley. The Government of India needs to demonstrate the requisite political and governmental will to plan the return of KPs to the Valley.
“They are yearning to return home. Let the Union Government talk to them also and return them in at least three smart cities in Baramulla, Srinagar and Anantnag district headquarters. Otherwise, the idea of India in Kashmir is incomplete without their physical presence and peace shall always be elusive,” Bhan said.
The government has acknowledged that the use of hot pursuit against terrorists and OGWs on the one hand and a blend of engagement and dialogue with all stakeholders and massive development is the only way forward to defeat terrorism and usher in peace in the UT, he said.
Peace is the sine qua non for democracy, development, coexistence and peaceful rights to liberty and terror free life to the people.
Peoples’ participation in large numbers in the political process of various political parties, and most recently in Home Minister Amit Shah’s public meetings in Baramulla, demonstrates peoples’ yearning for peace, democracy and right to terror free peaceful life. It further manifests the rejection of Pakistan’s bigotry, terrorism and radicalised narrative.
New Delhi seemingly has adopted an approach to the issues keeping in sight the fact that India’s strategic interests are intertwined with the goodwill of the Valley’s ordinary people, including Kashmiri Pandits, and not the land alone. In a democracy, prolonged Governor’s Rule is not an option.
The Governor’s administration shall have to task itself for restoration of modern education, smart health services, stern law and order, genuine people-centric developmental activities and public grievances system that have collapsed or stand completely eroded. Democratic institutions have been marginalised and discredited. The menace of drugs is being thrust from across the borders, black marketing of essential goods, smuggling of timber, hawala and fake currency have become the backbone of a parallel conflict economy, Bhan added.
The Governor’s role for short time in the troubled Jammu & Kashmir is to set right these issues that concern the people most. Such efforts with the policy push are the only way forward. Kashmir calls for peace and its people crave for a peaceful life for future generations.
“In a democracy, prolonged Governor’s Rule is not an option. People crave for a democratically elected government of their representatives. The sooner elections are held the better it would be for the winning hearts and minds of common people,” Bhan said.